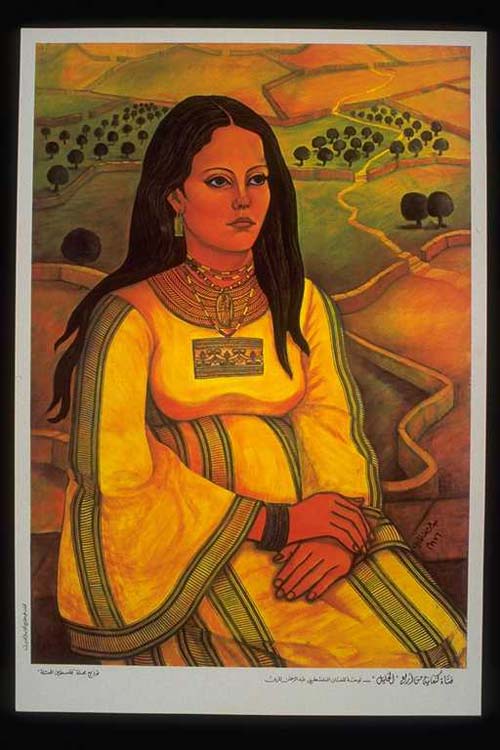 When I was pregnant with Maddie, I read everything I could find about what was happening to my body. It was hard to comprehend the changes both inside and out As my belly swelled and my bones shifted and it became a bit difficult to breathe I felt like a stranger in my own body some days. As the baby grew, books would inexplicably compare her size to progressively larger pieces of fruit…first a blueberry then a grape, then a grapefruit and a cantaloupe. I prepared for childbirth like I was studying for an exam. I took classes.  I did yoga.  Read books.  Hired a doula.  Talked to friends, my mother, my sister. As if having as much information as possible about what might happen would give me some control over the situation, which was, of course, impossible. But I read and I stretched and I practiced breathing and visualization trying to trust that my body knew what needed to happen and hoping that all would be well.

Something my sister told me, something that ended up being a guidepost for me through many, many hours of labor, was to expect there to be a point where I didn’t think I could go on. A time when I would be sick, and tired, and feel like the pain was too much, like I couldn’t do it anymore. That’s called transition, she said.  And that’s when you know you’re close. Just breathe. And then push.

I’ve been thinking about labor, about the work it takes to bring new life into the world, Because in this passage, this unbelievable exchange between Jesus and the Canaanite woman, Where she runs after him, screaming in the street, and he ignores her and then insults her and then… heals her daughter that word, the one translated “shouting” can also mean crying out, shrieking – and the one other time it’s used in the Bible, it means groaning with labor pains.

This Canaanite woman, she is crying out for help for her beloved child, but I have to wonder – is she also birthing something new as she challenges Jesus?

Can you see her?  The sweat on her brow, the pain etched in her face, hair wild with worry, chest heaving as she tries to catch her breath and cry out.  Jesus and the disciples, they don’t know what to do with her, so they don’t want anything to do with her.  They are Jewish men, they shouldn’t be speaking with a Gentile woman in the street anyway, so they ignore her.  Hope maybe she’ll just go away.

But you can’t ignore contractions.  When the time comes, it comes.  And suddenly there she is, kneeling in front of him.  Sparring with him.  Pushing him to care.  To expand his sense of compassion.  To extend the table to include everyone.  To include her family.  To include her.

I’ve got to be honest.  This exchange is on a short list of things I wish Jesus had never said.  Their interaction rankles me, it provokes me.  It makes me want to say, “O no he didn’t…” The dogs, Jesus?  Really?!

Biblical scholars have tied themselves in knots trying to explain or justify why Jesus may have said this.  Was he testing her?  Was he being playful?  If he was testing or teasing, I don’t have much patience for it.  “Gentile dogs” was a pretty common slur in Jesus’ day.  And I’m guessing the woman didn’t appreciate being called that.  But her daughter was sick.  And what parent wouldn’t do whatever it took to seek healing for their child?  Risk humiliation?  It’s worth it, if the girl is healed.  But why does Jesus respond to her like this?!

I think Jesus was just being human.  He was tired!  He was travelling, in an unfamiliar place, toward the Greek cities of Tyre and Sidon.  These were coastal cities, just south of modern-day Beirut, in case you’re wondering, where that horrible explosion happened two weeks ago.  Remember Jesus had been up all night praying a few days prior, then instead of resting in the boat as his disciples crossed the Sea of Galilee, he was out walking on the water. Then they walked, northwest, with crowds following him, trying to touch his cloak, desperate for healing. Jesus was tired and worn out and had a moment that was all too human – the woman screamed out to him, and he snapped.

Have you ever said something and instantly regretted it?  Maybe that’s what happened.  But whatever the reason for his rudeness, he’s not off the hook.  Recent reckonings on racism and sexual harassment have taught us that regardless of your good intentions, what you actually do or say is what matters. And comparing this woman to a dog is a hurtful, harmful statement.  Jesus’ bias is showing, big time.

This is an interesting moment to be reading this text.  The outcry in the streets over the deaths of George Floyd, Breonna Taylor, and so many others, is building power to create real change – in some unexpected places. News outlets and nonprofits, colleges and universities, are being to be called to account for systemic biases that devalue and make life and work more difficult for BIPOC: from Bon Appetit magazine[1] to Jim Wallis and Sojourners[2] and my own alma mater, Austin College.

The sands are shifting – Organizations are being reorganized, recreated, maybe even reborn.  I wonder, where is the church in this?  Where is the company you work for, your family?  Are we listening to the multitude who are crying out?  And like the Canaanite woman, are we lending our voices to fight for healing for those whom we love?  Do we have the courage to demand change for a more equitable, just, and loving world?  Do we have the persistence to push for it?

When the Canaanite woman challenges Jesus, he doesn’t walk away.  He doesn’t double down and insult her again, or again say he came to save only Jewish people.  He finally hears her.  He is convicted by her.  And he changes his mind.  He heals her daughter.

The capacity to change is a gift from God.  The ability to learn from our mistakes, to change our minds, to admit when we are wrong, and to try to do better – these are part of being human.  One of the qualities historically ascribed to God is immutability – God is the same yesterday, today, and tomorrow.  The theory goes that if God is perfect, then why would God ever need to change?  But maybe one of the gifts of the incarnation is that God does change – God is changed, in relationship with us, just as we are changed in relationship with one another and with God.  Maybe that’s exactly what happens here – Jesus, fully human, fully God, realizes the extent of God’s love for the world –love that includes all people, no matter where they’re from, no matter who they love, no matter what they look like or the language they speak or what they believe or doubt.  God’s love that extends even to a Canaanite woman who is brave enough to challenge him, persistent enough to point out his biases, and demand that he change.

Maybe you can identify with Jesus in this story – either you have unexamined biases, or you are held back in some way by your sense of propriety or even fear.   Maybe you are just worn out and have said something you shouldn’t have.  It’s easy enough to do in this stressful pandemic time, people are so very tense, worried, stretched to the breaking point, ready to snap.

Maybe you are like the woman, so desperate for healing that you are willing to confront God herself to beg for a miracle.  Maybe you are so sick and tired of the lines that have been drawn around who is in and who is out that you dream of a place where everyone is welcome.  A world where there is enough for all, more than enough for children and especially for dogs.

Maybe you can identify with the disciples who don’t want to hear any of it.

The good news for all of us is that wherever we find ourselves in this story, there’s hope for us yet.  No matter how we might try to box it in, God’s power will not be contained.  God’s power would not be constrained by Jesus’ cultural bias.  It wasn’t held back by his sense of propriety; it wasn’t stopped by his exhaustion or even by his short temper or hurtful words. Despite all of this, God’s power healed the girl and changed Jesus’s understanding of who was welcome in God’s kingdom.  So we, too, can have hope that through us — sometimes despite us – despite our short tempers, or hidden bias, or hurtful words, God is at work – to heal and to mend, to reconcile and make new.

It can be hard to trust that this is true.  When your daughter, your son, your family and friends are the ones suffering.  When another unarmed black man was killed at a routine traffic stop in Georgia last week,[3] when the fires of racism continue to be fanned by people in power, when the pandemic still rages on, and even US Postal workers become key players in ensuring people have a right to vote… it is no wonder if we feel exhausted by it all, like the pain is too much, like we can’t do it anymore.  We can’t go on.  Everything feels so heavy, so dark.

That’s called transition, my sister said.  And that’s when you know you’re close.  Just breathe.  And then push.

Valerie Kaur is a Sikh activist who founded the Revolutionary Love Project.  She’s a human rights lawyer, a documentary filmmaker, an activist, and a mother who has been working to challenge injustice and build compassion in response to the unprecedented rise in hate crimes motivated by race and religion in our country since 9/11.  Kaur wonders what “if this darkness is not the darkness of the tomb, but the darkness of the womb? What if our future is not dead, but still waiting to be born? What if this is our great transition? Remember the wisdom of the midwife. [Breathe and push].”[4]

The good news of the gospel is this… something new is waiting to be born in and through each one of us.  A table that is big and long enough for all of us.  A circle that is wide and unbroken.  A home where all are welcomed and valued.

So let’s breathe deep.  Trust that our bodies know what to do.  And then let’s keep pushing, together.

[4] Kaur, Valerie, “3 Lessons of Revolutionary Love in a Time of Rage,” talk given at TEDWomen 2017, https://www.ted.com/talks/valarie_kaur_3_lessons_of_revolutionary_love_in_a_time_of_rage/transcript