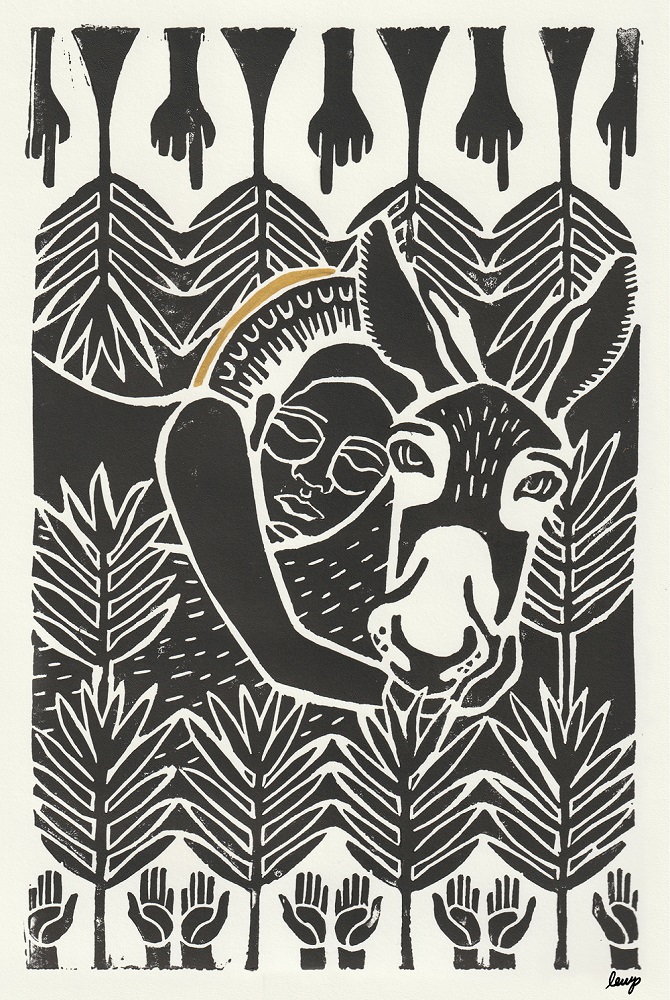 They are a high school student, just months away from the end of their senior year in high school.  They stand on stage alone at a podium, hair buzzed short, buttons and patches covering their green jacket, facing a sea of people: mostly other students, and teachers, and tens of thousands of others who came from across the country to fill the national mall and call for common sense gun reform.  Emma Gonzalez had already called BS on politicians and the gun lobby, just days after the horrific shooting at their school, the Marjory Stoneman Douglas High School in Parkland, Florida.  And for six minutes and 42 seconds on a chilly Saturday in March, they stood silent, in fury, and grief, bearing witness and honoring the memory of the 17 classmates who were killed.  The world was watching.  This was the March for Our Lives, a movement organized by Marjorie Stoneman Douglas students to demand change to our nation’s gun laws after the tragedy at their school.  And across the country, people young and old took to the streets.  In Birmingham, I remember a sea of bright blue filling the park, young, hopeful voices ringing out over the crowd, shouting “never again!” students and parents and teachers standing together to call for change.

That was three years ago.  In some ways, it feels like the world is totally different now.  The Trump tsunami has crashed and we’re picking up the pieces.  We live in an alternate universe created by pandemic protocols.  Everything has changed.  And yet nothing has changed.

Because in the last 10 days, shootings in Atlanta, and Boulder, and Virginia Beach and Baltimore have torn apart more families, more communities.  Women at work, kids at the grocery store, students on spring break, the threat of violence can lurk just about anywhere.

It must have felt that way in Jerusalem, too.  Rome was ruled by an iron fist, and Herod who oversaw Israel was notoriously brutal.  People lived close to the bone, eking out a living subsistence farming, or by plying their trade.  Life was hard, and death came early and often.  The people were waiting for, longing for, crying out for someone to come to their rescue – a messiah the prophets promised would overthrow Rome and re-establish the throne of David.  Someone who would rule with justice, mercy, and peace.

That’s why they were out in the streets that day, standing tiptoed in the dust, throwing branches in the road, trying to catch a glimpse of the man making his way into the city.  The air must have crackled with hope and excitement, the city filled with people gathered for Passover, ripe for an uprising.  The Roman army had been deployed there to keep the peace during the festival, in part because Passover commemorates the liberation of Israel from slavery in Egypt, and Rome didn’t want people to get any big ideas.  Tensions must have been high, even before Jesus entered the city like a general returning from war, with people waving branches and throwing their coats on the road in front of him.  Was he the messiah that had been promised, the one who would overthrow Rome once and for all and save them from oppression?

That’s why they shouted Hosannah, an old Aramaic word that means, SAVE US!  Or, Help us, we pray!

The crowds turned on Jesus pretty quickly when they realized he was not the kind of messiah they were hoping for.  He didn’t come to overthrow Rome or toss out the religious leaders.  His work was so much bigger than that.  He came to redeem all of creation.  He saves us not through military might or by political power – but by simply being with us, entering into our suffering, enduring the worst the world can offer right alongside us.  In the week ahead, we will remember how he confronts and unmasks the powers of sin and death, and shows us how to confront them courageously, with love.

Today, we remember and celebrate a march that looked pretty different from the March for Our Lives: on a dusty road leading down from the Mt. of Olives, a humble man on a donkey and a crowd of peasants make their way to Jerusalem.  It may not seem like it at first, but the student march and the joyful procession of Christ and his disciples have a lot in common.  Both represent a confrontation between the power of love and the powers that be; both demonstrate God’s work to subvert violence of this world through the work of peace.

Jesus had to know the conflict and terror that lay ahead for them, must have seen the threat of the cross in his future, but he doesn’t seem to be afraid.  He is the power of love walking, courageously undaunted by the power of Rome and the power of the religious leaders.

Some things have changed… some laws have been enacted to narrow eligibility for gun ownership; bump stocks that turn semi-automatic weapons even more deadly have been banned.  Background checks have been expanded, training required in a few places.  It’s still harder to buy Sudafed.  The March for Our Lives was the largest single-day demonstration to end gun violence in our nation’s history.  And the leaders took a road trip across the country registering young people to vote afterwards, registering over 50,000 new voters.

We live in interesting times.  Because I think we’ve seen something like this, too.  The power of love marching onward, standing up to the power of sin and domination. It could certainly be seen in the faces of the clergy and other activists in Charlottesville who stood up to the evil of white supremacy on that day.  We’ve seen it at protest marches.  At pride parades.  And every place people peacefully confront systems that dehumanize or dominate.  But the confrontation between powers is not always so overt.  We can glimpse it, just a glimmer, each time we choose peace instead of violence.  When we step back from an argument and choose instead to let it go.  When we choose to show grace and offer forgiveness.  When we respond with love to a person in need or in pain, who is confused or struggling.  When we stand up to the permeation of guns in our culture, and decide instead to be people who choose peace.

This week, I invite you to join us as we follow Jesus. We will see his love made real around a table with friends in the meal we will share on Thursday.  We will see his love even unto death, which we will remember on Friday.  The testimony of this holy week is that Jesus does whatever it takes to heal, to save, and to free us from the powers of sin and death.  Have courage, because even though the powers that be threaten to undo us, we have our faith.  We have our songs, and our love.  And we have each other.  Today we follow him into Jerusalem, celebrating the peace he offers and the hope we find in him, praying that his kingdom will come — a kingdom governed not by the sword but by love, not by violence but by peace.  A kingdom that transcends national boundaries because it resides within each one of us, and has the potential to transform all of creation.  May it be so.