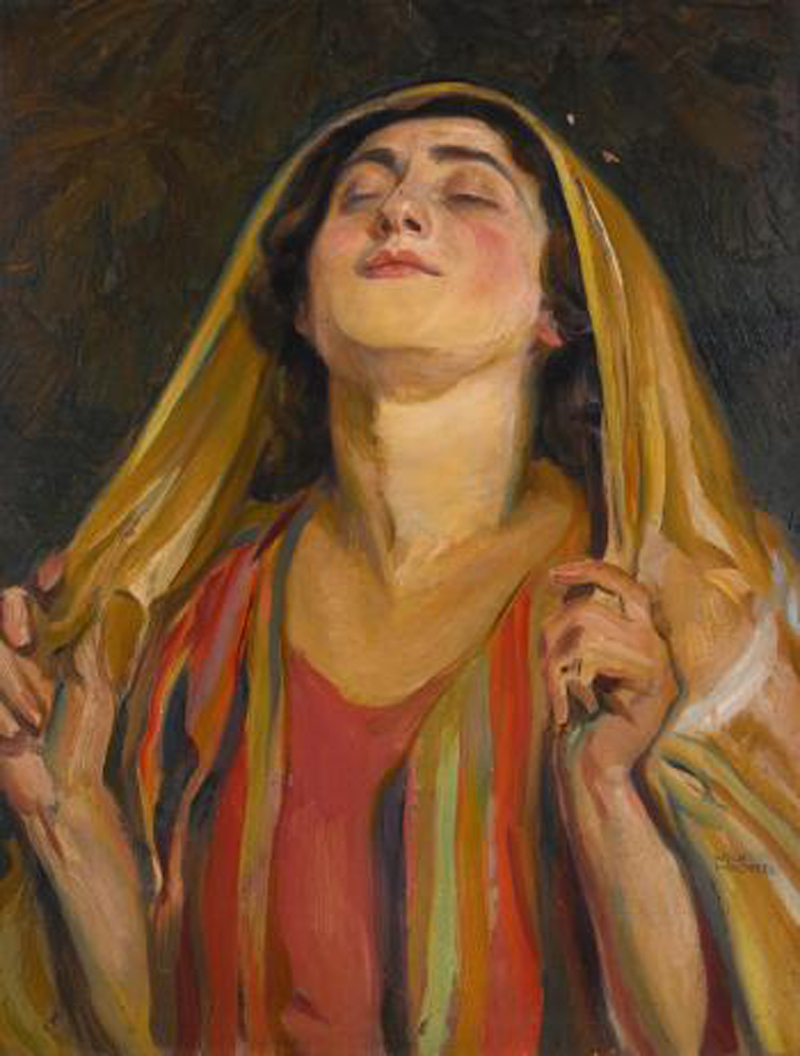 The church I served in Birmingham had a big, Gothic sanctuary, with stained glass windows, and old dark wooden pews. There was a center aisle, with maroon carpet that matched the velvet pew cushions. It was the first church to be built in the city, on land deeded as part of the city charter. Like most city churches, they were locked up tight as a drum every day except Sunday. We began to wonder what might happen if we opened the doors, making it possible for people to come spend time in the sanctuary for even just a few hours during the week.

And so we did.

The occasional curious passerby or businessman would stop in from time to time, but our most frequent visitor was actually a church member, a young woman about my age. She would come to write and pray at least one or two days a week, working out all kinds of questions with God. When she would ask me to, I would sit with her and pray with her, asking for God’s care and protection. This woman had mental illness, she vacillated between being okay and – not okay, between times of lucidity and delusion. She had a son who was in protective custody, and her prayers were filled with whispered pleas for him. For his safety. For his health. And most often, she would pray, Lord let me see him again. Help me find an apartment I can afford, so I can get my son back. Please, God.

I picture her when I read the story of Hannah. Her anguish. Her grief. Her fervent whispered prayers, begging God for her child.

This is a delicate story, a difficult one. I almost don’t know what to make of it – it raises so many questions for me: why does the text say that God closed her womb? And what happened to make God change their mind, to bless her with a baby? What are we to make of that? And what is up with the men in this story, why are they so clueless?

This story is difficult. It’s not easy to look back to a time when upstanding men had multiple wives to prove their wealth and power. A woman’s value lay in her ability to have babies, and not just any babies – boy babies. Hannah was childless, but she is, luckily, loved by her husband, and he provides for her even though she is barren. But – he’s also a little oblivious. He doesn’t understand the depths of her grief over her infertility. I’m guessing most women who have longed for a child can identify with Hannah: her pain. Her grief and disappointment.

Insulted by Elkanah’s other wife, Hannah is miserable, desperate. But still she does not give up. She persists in prayer, going to her peoples’ most holy sanctuary at Shiloh, home of the ark of the covenant, to ask God for a child. Yet even there, as she pours her heart out on the altar, the priest is rude to her, accusing her of drunkenness! But not even a bumbling priest will thwart Hannah. She defends herself, and Eli blesses her and sends her on her way. And she becomes pregnant.

The story of Hannah seems like a personal one: a barren woman longs for a child, and prays until she gets one. But commentators are clear – this is a political story, the origin story for a great hero of Israel – Hannah’s child, the one for whom she prayed, is Samuel, who God calls in the night and lifts to power; Samuel, chosen by God to be the priest who paves the way for monarchy in Israel; Samuel, the priest to anoint Kings Saul and David. Samuel’s miraculous birth is the beginning of the larger myth of three heroes of ancient Israel, one piece of the arc of our salvation history.

When we read Hannah’s story as a political story, it tells us that God is present in history. Opening wombs. Listening to the pleas of the people, hearing our prayers.  Raising up leaders. Making miracles happen. God is deeply invested and engaged in what happens here on earth.

If that’s the case, I wonder: what did Hannah do that got God’s attention? How was she different from the millions of other nameless, faceless couples who have longed for a child, but did not become pregnant? The countless other women who surely suffered, who cried out and were cast out, mistreated and maligned because of their inability to give birth? We can’t know. What is clear is that despite her situation, Hannah had faith. Hannah believed that if she cried out, if she prayed, if she bargained, if she humbled herself, God would listen, and what’s more, God would grant her request. Hannah was not resigned to the status quo, she was relentless. No matter what her husband said, she would not be satisfied with Elkanah. He tried to silence her, tried to get her to be satisfied with him alone. Nevertheless, she persisted, praying and pleading with God for more, asking God for what she wanted, what she knew she deserved, praying for what she knew in her bones was possible. And God delivered.

If we read the story of Hannah not as a personal story, but as a political story, I wonder what it might mean for us. For our prayer. For our activism. For our organizing and agitating here in Woodbourne McCabe. For our engagement here on Loch Raven, and here at Walter P, and here in the city of Baltimore. What do we see that is not as it should be? What do we dare ask God to do because we know it’s what we deserve, what we know in our bones is possible?

For the past two weeks, negotiators and delegates from countries around the world have been in Glasgow, for the COP 26 climate summit. Many world leaders called the meeting the last best hope for humankind in the face of the coming climate disaster. And in the streets, activists have gathered – to call for urgent action to limit warming, to end our reliance on fossil fuels. One young activist said she wants to ask them if they understand how urgent limiting climate change is for the next generation.

Many journalists observed the dramatic differences between the leaders and diplomats negotiating the deal in the summit and those gathered outside, crying out for immediate and drastic changes to save the earth. Those in the summit were mostly white men, older, with longer timelines for change.  ]Those outside were mostly women, younger, led by indigenous and other activists of color.

The activists are furious at the 20-30 year goals being set by world leaders. They cry out: not only do we need to stop using fossil fuels immediately, we need to work to repair the damage that is already being done, particularly to women and children in the global South, where flooding, drought, and fires have become increasingly commonplace. As one young activist proclaimed, “Now is the time. Yesterday was the time…We need action right now.”[2]

Criticizing the summit, an activist with Power Shift Africa said, “The needs of the world’s vulnerable people have been sacrificed on the altar of the rich world’s selfishness.”[3]

These stories are personal. A home lost to flooding. A farmer’s crops dried up from lack of rain. A family fleeing to the city because a fire took everything they had. But we know they are also political. And that it will take faith, deep faith, persistent prayer and courageous action to create change. But the pain of that struggle – is the pain of labor, the suffering of bringing a new world into being. That is the work to which we are called.

And thinking back to my parishioner in Birmingham – her story was personal. But it was also political. Her whispered prayers were not just calling God, they were also calling me and my congregation to work for affordable housing, better mental health care for the poor, changes to the foster care system.

We lift our community’s needs, laments, and hopes in prayer each week, is because I believe God hears our prayers. When we cry out, God listens. So we should not be resigned to the status quo; no, we must be relentless. Asking, praying for not just what we need, but for what we know in our bones is possible. Because when we do, miracles might just happen.

[2] “The Summit is led by older men.  The protests are guided by younger women”  https://www.nytimes.com/live/2021/11/06/world/cop26-glasgow-climate-summit-protests