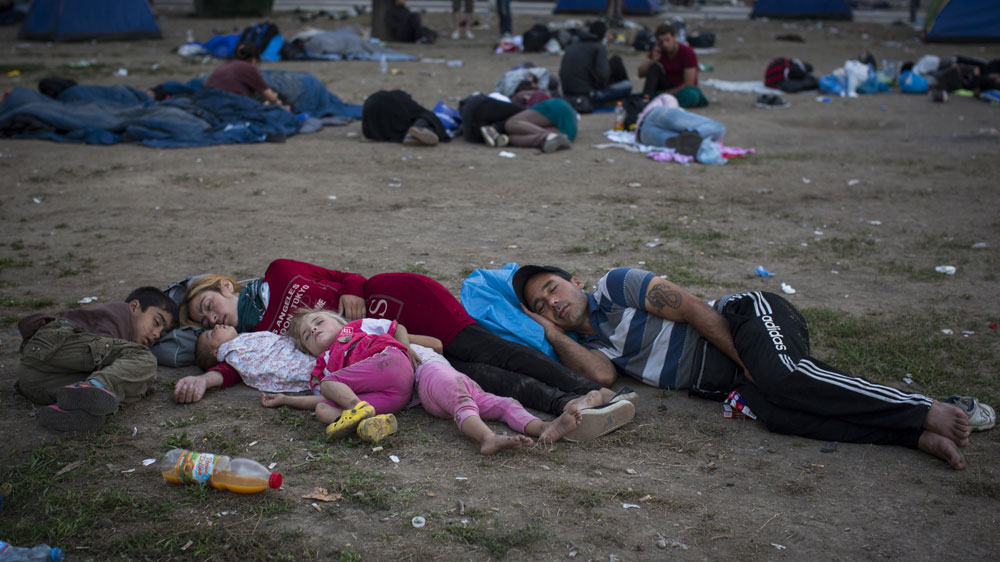 In The Bosom of Abraham

After a long illness, a woman died and arrived at the Gates of Heaven. While she was waiting for Saint Peter to greet her, she peeked through the Gates. Se saw a beautiful banquet table. Sitting all around were her parents and all the other people she had loved who had died before her.

They saw her and began calling greetings to her – “Hello” “How are you? We’ve been waiting for you!” Good to see you.”

When Saint Peter came by, the woman said to him, “This is such a wonderful place! How do I get in?”

“You have to spell a word,” Saint Peter told her.

“Which word?” the woman asked.

The woman correctly spelled “Love” and Saint Peter welcomed her into Heaven.

“Boy, am I surprised to see you,” the woman said. “How have you been?”

“Oh, I’ve been doing pretty well since you died,” her husband told her. “I married the beautiful young nurse who took care of you while you were ill. And then I won the lottery. I sold the little house you and I lived in and bought a big mansion. And my wife and I traveled all around the world. As a matter of fact, we were on vacation and I went water skiing today. I fell, the ski hit my head, and here I am. How do I get in?”

“You have to spell a word,” the woman told him

“Which word?” her husband asked.

What will happen to us when we die? We all want to know that, don’t we? Our adult class has been tackling a series of difficult theological questions during Lent and what happens when we die certainly falls into that category.

The story Jesus told about the rich man and Lazarus seems to be a story about what happens when we die. The rich man is described in great detail. He wears purple robes made of fine linen and eats extravagantly. Outside his gate, lies a poor man, Lazarus who, by the way, is the only person in Jesus’ parables to be named. Lazarus is not only poor, he seems to have leprosy and is covered with sores. Lazarus lives for the possibility the rich man might toss some crumbs his way. However, the only attention Lazarus gets is from the dogs that lick his sores.

Eventually, the poor man dies and is carried up to heaven by angels…”to Abraham’s side” is how it is translated in our reading. The rich man also dies, thereby proving the dictum that death does not discriminate. The rich man is buried and ends up in Hades where he is tormented. He looks up and sees Abraham with Lazarus “by his side”. Hey, Abraham, the rich man shouts, can you get Lazarus to wet his finger and come down here and soothe my parched tongue? The audacity and ignorance of the rich man is hard to fathom, isn’t it? On the other hand, maybe it’s not so hard. I am thinking there are a lot of rich men types out there in our country these days that simply do not get it! In this parable, the rich man doesn’t end up where he does because he is rich. He ends up where he is because he just does not get it. He is oblivious to the suffering right outside his door. Clarence Jordan, in the Cotton Patch Gospel, aptly puts into words Lazarus’ reply: “Lazarus ain’t gonna run no mo yo errans, rich man.”

Abraham reminds the rich man that while he was alive, he was richly blessed while the poor man had nothing but misery. Now it is the poor man’s turn and he is being comforted. In addition, there is a huge chasm between you, rich man, and us. It can’t be bridged.

The rich man, still not getting it, wants to know if Lazarus can’t be sent to warn his brothers so they don’t end up like him. Really?

Abraham tells him that they’ve heard what the prophets and Moses have taught. You know what the prophets taught – how we should be just and righteous and follow God…or else. One particular prophet comes to mind – the prophet Micah. Oh yeah, remember what that prophet said? You shall beat your swords into plowshares and not learn war no more. (4:3) The same Micah said, “What does the Lord require of you but to do justice, and to love kindness, and to walk humbly with your God?”

Abraham tells the rich man that if he is not going to listen to the prophets what difference will it make “if someone rises from the dead”. In other words, if I send Lazarus back from the dead to tell your brothers to shape up, you think they’re gonna listen to him?

We think this is a story about what will happen to us when we die – who gets to go to heaven and who will end up in torment.

Will Willimon tells a story about a church he once served. One of his parishioners lost a loved one and Willimon and his wife went to the funeral. We pastors do that…attend the funeral even though it isn’t one of ours. It is a way of supporting our people. Plus,you learn stuff at those funerals. You learn about your members, but you also learn about how other churches do. The church, in this case, was a little wood-framed country church. The pastor eventually got into his sermon, red-faced and vehemently preaching about how for the deceased it was too late. It was too late to live a good life. It was too late to be a church-goer. It was too late. But it is not too late for us! It is not too late for us, he railed. On the way home, Willimon turned to his wife and allowed as to how that was just about the worst sermon he’d ever heard at a funeral. Can you believe that guy said what he did? His wife paused for a moment and said “And you know why it was so bad? Because he was right!”

Perhaps, then, the story about Lazarus might not be about what happens to us when we die. Maybe it is about how we live in this life…before it is too late.

Now, it seems to me that how we should live is fairly clear in this parable, but isn’t it stunning how many people who claim to be Christian ignore the suffering ones right outside their door? I mean, how else would you interpret this story?

Who is outside our door? Who do we simply refuse to see…because they are potentially dangerous? Because we might get sick if we touch them? Because we are in a hurry and can’t be bothered? Because they might be illegal? Because, well, because there are just so many of them!

We’ve been thinking during this Lenten season about sanctuary – what is sanctuary physically and spiritually? The rich man is safe and sound behind the sanctuary of his gates. The poor man, on the other hand, lies completely exposed without any shelter, like the picture on the front of your bulletins of the refugee family lying without any shelter in the middle of a field. They look so vulnerable and at risk. The rich man could have provided Lazarus with shelter and care. In the end, it is Lazarus who is given shelter and comfort and sanctuary…in the bosom of Abraham.

If you were listening carefully, you perhaps noticed that our translation of Luke’s text did not use the word “bosom”. Lazarus was carried to “Abraham’s side”. When the rich man sees him, he is “at Abraham’s side”. The difference in translations caused me to do some research. The King James Version reads “bosom”. The New English Bible reads “to be with” and “close beside him.” Eugene Peterson’s contemporary translation reads “lap” as does the New International version of the text. Why this discrepancy?

The Bosom of Abraham has very ancient usage. Up until about 1583 CE the use of the phrase referred to the custom of parents holding their children on their laps. Even earlier than this, it is believed that the bosom of Abraham referred to the custom of eating meals in a reclining position, leaning on the chest of the person next to you. If the usage of the Bosom of Abraham has such a long history, why change the translation into something less physical, less intimate? I mean, does “close beside him” have the same meaning as “in the bosom of”? Is it because bosom seems feminine? Is it because bosom seems just a little too close for comfort? A little too intimate for our likes? Too touchy touchy feely feely for us frozen chosen?

Or does changing bosom of Abraham for a description less intimate suggest who we think God is? Are we worried about getting too close to God? Do we think God does not care enough about us to grasp us and hold us tight to God’s self?

There are some beautiful depictions of the bosom of Abraham on the stone columns of Romanesque and Gothic churches in which Abraham is depicted holding a sort of blanket with the souls of the departed close to his chest. These images tell us something about who God is. God is compassionate and nurturing and wants nothing more than to hold us tightly in God’s strong arms.

I love the idea that, in Baptism, God has taken little William Nixon in God’s arms and holds him tight…to the bosom of God.