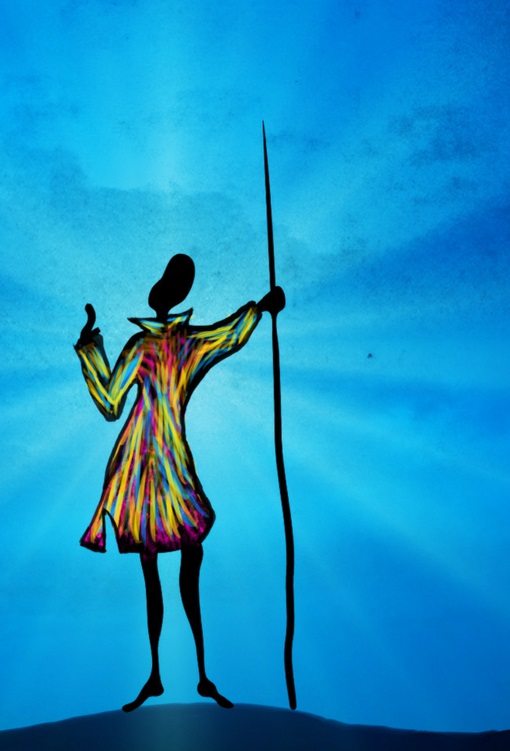 Relationships can be complicated, can’t they?  I don’t know if we should find it encouraging or disheartening that the foundational stories of our faith are filled with families that put the fun in dysfunctional.  Right from the start, we have stories of sin: deceit, murder, envy, conflict, anger, and strife, misogyny and racism.  But it’s not all bad!  From the beginning, it’s clear that God looks at all of the tangled family systems, and the imperfect people, and she shrugs her shoulders and says, “eh, I can work with that.”

Today is Father’s Day, and what a day to revisit old Jacob – Father to 12 sons, who go on to establish the twelve tribes of Israel, and one daughter (the ill-fated Dinah).  Today’s story starts with Jacob: the son of Isaac and Rachel, grandson to Abraham and Sarah.  Jacob, who stole the birthright and wrestled an angel.  Jacob, to whom God promised presence, protection, and progeny.  Jacob, clearly not a candidate for Father of the year.  Because look at what happens with his sons.

Jacob’s favorite son is Joseph, the youngest at the time of this story- the baby.  As a sign of his love, Jacob gives Joseph a fancy robe, and not just any robe, a technicolor dreamcoat – one with long sleeves, which meant he didn’t have to do the hard labor expected of men at that time.

Those of you who grew up with brothers or sisters know that siblings tend to keep score.  We don’t necessarily need to win, but we want things to be distributed equitably.  We want life to feel fair.  Equal slices of cake.  Equal chores.  Equal love.

Except in Jacob’s house, love is lavished on the youngest one, so with the others, resentment grows.  It doesn’t help that Joseph is a tattletale, a bit of a brat, with bad dreams to boot.  Strange dreams. Dreams in which he, the youngest, rules over his family.  Dreams that flip the script on primogeniture, that age-old practice of valuing the firstborn son above all others, making the first born the one who would inherit the Father’s possessions and power. In Joseph’s dreams, the last becomes first.

I have lots of dreams: some are strange, some are mundane, most fade before I’m fully awake. Science still doesn’t completely understand why we dream. Sometimes, dreams are a way for our subconscious to make sense and sort through the day’s events.  Sometimes, dreams help us process memories.  Psychoanalysts like Freud and Jung believe dreams bring to light your hidden self; your needs, fears, or frustrations.

People have long believed dreams were a window to the spiritual realm, or another world, or even the future.  Dreams play a significant role in the Biblical narrative – think of Jacob’s dream of a ladder connecting heaven and earth, with angels ascending and descending upon it.  The prophets’ dreams of the peaceable kingdom where wolf dwells with the lamb, dreams of restoration and return, dreams of a new heaven and a new earth.  And in this story: Joseph’s dreams stoke the fires of enmity between him and his brothers.  Resentment leads the brothers to throw Joseph into an empty cistern, and as if that’s not bad enough – to sell him into slavery.  Dreams can be dangerous.  But that’s not the end of this story.  Years later, Joseph manages to land in the Pharaoh’s court and rise to prominence in Egypt because of dreams and his ability to interpret them.  That position enables Joseph to save his family, when they flee famine in Canaan and come to Egypt, begging for food and safe haven.  Dreams, it turns out, can save us.

What are your dreams?

A few days ago, Michelle Obama posted a picture of herself as a child, standing beside her father, holding his hand as he strikes a pose – her mom stands a little bit behind them, looking on.  Remembering her dad as Father’s Day approached, she wrote, “My father gave great advice, taught me the value of hard work, encouraged me to ask questions, and always gave me the space to do so. I always thought he was so cool!”[1]

In her autobiography, Becoming, she writes extensively about her upbringing, her memories of childhood, and the ways her parents supported and encouraged her over the years.[2]  Her dad was diagnosed with MS in his mid-thirties, and it would eventually kill him – much too soon, when he was 55.  She describes how he first experienced weakness in one leg, then needed to walk with a cane, then a crutch, then two, lurching and struggling to the car to get to work each day, then again up the steps to come home – never once complaining.  He gave up his dream of becoming an artist early on, working first to support his younger brother’s architectural degree, then to support his own growing family – repairing and maintaining boilers for the water company, never missing a day of work despite his advancing illness.

She writes of her dad’s dad, the grandfather she calls Dandy, who was the grandson of enslaved people and the son of a millworker.  Her grandfather was smart, and hardworking, but she remembers him being a grouch.  Early on, he’d hoped to go to college.  But coming of age as a Black man in the Great Depression, his options were limited.  He worked at a lumber mill, and even after chasing opportunity by migrating North to Chicago, he couldn’t get hired as an electrician or carpenter because he was denied a union card.  He eventually found work with the postal service, but, she writes, “he lived with the bitter residue of his own dashed dreams.”[3]

Though her parents lived primarily within a two-mile area on the South side of Chicago for most of their lives, she writes, there was no expectation that would be the case for her and her brother Craig.  Her parents sacrificed and saved so she could get out, encouraging her to reach higher, push farther, to work hard, and to dream.

It’s what most parents want for their children – a better life, freedom to learn and grow and thrive.  And in the sad, troubling tale of old Jacob and his scheming sons, who sell their youngest brother into slavery – then deceive their father by letting him think Joseph is dead – if we look hard, we can catch a glimpse of God’s dream for all of us.  At least, I think we can.  Because time and again in the Biblical story, in that culture that valued some lives way more than others – the lives of men and especially the life of the first-born son above everyone else, God flips the script and elevates the least and the last above all others.  God subverts the system, showing us that there is another way, a better way to live together – a way that leads to liberation, and reconciliation even with the ones who have harmed us the most.

When Joseph is deep in the pit, with his brothers callously lunching nearby, he doesn’t know this, of course.  That first night on the road with the Midianite traders, stripped of his coat and sold into slavery, scared and sleepless, Joseph likely couldn’t see into his future.  He had his dreams, but he had no way of knowing if they would come true.  But he held onto them, and his dreams sustained him.  And if this story teaches us anything, it’s that God was with Joseph even when he was deep in the pit, abandoned and left for dead by his family.  God was with him when the Midianites put him in shackles and sold him to the Egyptians.  And God was at work, even when it seemed like all hope was lost.

There is some irony in reading this story today, the day after Juneteenth was first observed as a federal holiday.  Themes of enslavement and liberation, injustice and freedom ring through the story of Joseph and his descendants, the children of Israel who become captives in Egypt.  There is tension for me as I try to make sense of where God is in this story, how God is at work in a world where such terrible suffering is allowed.  I hope we will let the tension between Joseph’s story and the questions it raises around God’s sovereignty and providence give us faith, and not doubt.  Because God is at work, even when we feel like we are down in the pit, even when it seems like all hope is lost – the story of Joseph teaches us that though the arc of the universe is long, it bends toward justice.

I hope we let Joseph’s dreams where the last become first shape our imaginations, fuel our continued struggle for liberation – trusting that despite the suffering that plagues us, and the structures that bind us, and the poverty that grinds us, and the hatred that still simmers just below the surface – God IS at work, playing the long game – moving us, in all our brokenness, our envy and strife, our frailty and faults – toward justice, toward freedom, toward reconciliation, and, ultimately, toward peace.