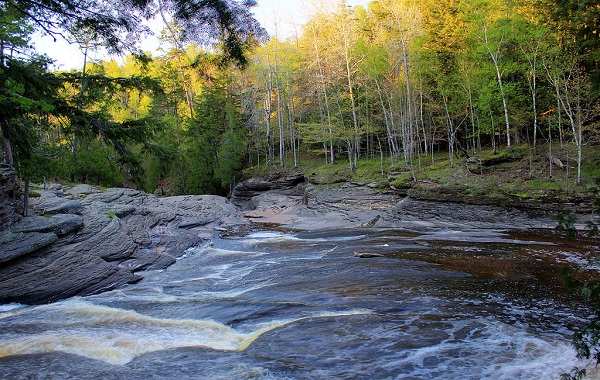 The Most Dangerous Hour of the Week

The Most Dangerous Hour of the Week
Rev. Christa Fuller Burns

Martin Luther King once called the time we are in church, in other words, right now, the most segregated hour of the week. Recent events in our country’s experience prompt us to wonder if Sunday mornings in church are also the most dangerous times of the week! The gun smoke from last Sunday’s shootings in a small church in a small town in Texas hadn’t even evaporated before preachers and others were suggesting how churches could protect themselves by hiring security, by adding security systems, by allowing their congregants to pack and carry weapons. We all want to feel safe. If we can’t feel safe in church, where can we feel safe?

Amos. He was simple man, some would say. Amos was a herdsman with rough hands and perhaps even rougher speech. Nonetheless, he appears the first, the oldest, of what are called the “writing prophets”. In other words, he wrote his stuff down – or someone wrote his stuff down for him. He lived somewhere around 762 BCE in the Southern Kingdom of the divided kingdom. God sends Amos to the North to deliver some ominous news…two years before the earthquake. You get the idea right off the bat that the news isn’t gonna be good. In fact, the first words Amos says are:

“The Lord roars from Zion,
and utters his voice from Jerusalem,
the pastures of the shepherds wither, and the top of Carmel dries up.”  (1:2)

Amos doesn’t sugar coat the message, does he?

However, the land of Israel was doing fine or they thought they were doing…just fine. Things were great again in the kingdom of Israel. Employment was up. People’s standard of living was up. Taxes were down. There were all these improvement projects. Because of its strong military, no one disrespected Israel. And everyone who wanted to could own a…gun, even if you beat your wife and your child. This is what it looks like when God’s face shines on you, isn’t it? God bless Israel. God bless Israel. No one wants to hear about the earthquake. No one wants to hear about an angry God who roars – a God who tells you all is not right, all is not great in Israel.

Nonetheless, Amos, little ole Amos, uneducated shepherd, small town fellow that’s never been out of Tekoa, Amos is called to go to the land of plenty, the land of comfort, the land where anyone who wants to can own a gun, and he is called to call the people out for their reliance on military might, for their refusal to act justly, for their hallow piety. It is not going to end well. We know that, don’t we? It is not going to end well. But we get ahead of ourselves.

You see Israel – greatest country on earth – apparently is not safe when it goes to church. No siree! God roars:

I hate, I despise your festivals,
and I take no delight in your solemn assemblies,
Even though you offer me your burnt offerings and grain offerings,
I will not accept them;
and the offerings of well-being of your fatted animals
I will not look upon.
Take away from me the noise of your songs;
I will not listen to the melody
of your harps. (5:21-23)

It sounds to me like God is talking about worship, don’t you think?

I think what God is saying is that God cannot stand worship that isn’t authentic. God cannot stand worship unless we also walk the walk. Worship without justice is hallow and meaningless. Worse – this kind of worship– it is hated by God! The people went to church on Sunday all safe and snug in their pews and they reminded themselves how good they were, how glad they were to be Israelites, how blessed they were to be safe…in church.

Every time one of these nightmarish shootings happen, everyone calls us to pray, because as that theologian Paul Ryan says, prayer works…as if to say, we’ve done something haven’t we… if we pray? We’ve done something to heal, to make ourselves feel better, to allow ourselves to move on.

But Amos calls us out. Prayer without justice is noise, it is trite, it is sanctimonious pap! And what is the injustice that Amos calls out?

Amos says “they have been led astray by the same lies….”
Amos says “they sell the righteous for silver and the needy for a pair of sandals”
Amos says “they trample the head of the poor into the dust of the earth,and push the afflicted out of the way;” (2:6-7)

Read it…it is all there in Amos!

Amos was an ordinary guy who didn’t go to college, who worked with his hands for a living. Amos wasn’t well spoken. He was rough. We might even say that Amos was one of those our society has forgotten. And yet God chose him to speak out. Amos had to leave his comfort zone, everything he knew, in order to speak out.  It was risky. Amos’ uncompromising indictment of society would cause him to be kicked out by the royal religious authorities. He would be banned from the church. Maybe he had to go home. All because he was called to tell the folk that they were not safe in church. Not because a gunman with a Ruger 4R rifle could walk in and murder them. No. They were not safe in church because they prayed real good. They prayed real good and then went out and walked right by the poor. They treated women like sex toys. Their consumer rights were more important to them than the homeless. They prayed real good in church and then went out and worshiped the gods of wealth and success and the military industrial complex.

To those all warm and cozy in their pews, Amos bellows: “let justice roll down like waters, and righteousness like an everflowing stream.” (5:24) In other words, live as if you’ve been washed by justice. Live as if justice covers everything – justice is so pervasive that is just covers everything.

I know what you are thinking. You are thinking that achieving that kind of justice is simply too impossible – given what we are surrounded by these days, a time when seven children every day are killed by guns. But we can do something, can’t we?  We can join our justice committee. We can volunteer at Harford House – get to know men who surely know what it means to be treated unjustly. Volunteer to teach Sunday School and help shape the vision of our children. Volunteer to spend time with our young men who are examples to us of hope for our city. Come to our adult forums where we’ve been learning about the injustices immigrants and transgender people face in this country or how we can be better stewards of our earth or what other countries are facing in terms of the unequal distribution of wealth in our world. Contact the House of Ruth who advocates for women suffering from abuse and see what help they need. Volunteer at the food pantry and learn first hand the stories of the poor. Call the immigration center across the street and volunteer to help tutor. Stand up for stricter gun laws. Read the newspaper. Simply read the newspaper.

Hey – how about this – come to the concert this afternoon and contribute to the relief of the victims of natural disasters! 4PM in the sanctuary.