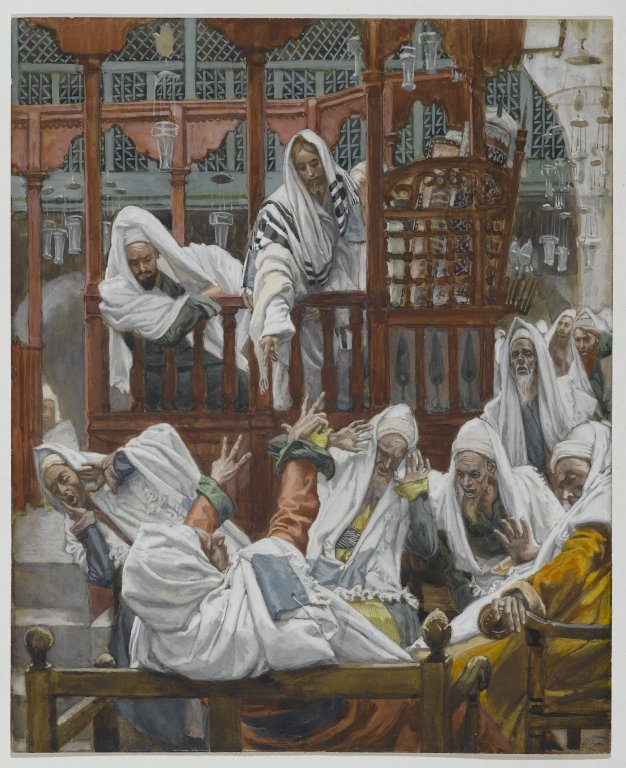 Healing in an Age of Pandemic

Humans of New York is the project of a photographer named Brandon who set out to catalogue New York City’s residents.  He stops people on the street, takes their picture, and asks them a question. Then, he posts it on his social media.  He asks questions that evoke unexpected responses: “what was your proudest moment?”  Or, “who inspires you?”  The answers paint a moving picture of the immigrants, businessmen, models, and other bizarre and wonderful characters who make up New York City.  He’s done the same all over the world, documenting people in refugee camps and people in prisons, telling stories that need to be told.

About 5 years ago, Brandon photographed a kid named Vidal on the streets of Brooklyn.[1]  In the photo, Vidal wears a black puffy jacket and a hoodie with the hood pulled up.  He looks skeptically at the camera, lips sucked in, like there’s no way he’s gonna smile even though he wants to.  Brandon asks, “Who has influenced you the most?”

“My Principal, Ms. Lopez,” said Vidal.  “When we get in trouble, she doesn’t suspend us. She calls us to her office and explains to us how society was built down around us. And she tells us that each time somebody fails out of school, a new jail cell gets built. And one time she made every student stand up, one at a time, and she told each one of us that we matter.”

Vidal’s neighborhood is tough; at the time it had the highest crime rate in New York.  He lives in public housing and goes to the Mott Hall Bridges Academy there.  The Academy is a public Middle School that seeks excellence, inspiring its students to succeed even though the deck is stacked against them.  Moved by Vidal’s testimony about his principal, Brandon (the photographer) went to the school to meet her and learn more of her story.

Ms. Lopez sets high standards for students at her school.  She calls them scholars, not students.  The school’s color is purple, the color of royalty.  She tells her teachers “these kids need you…your classrooms may be the one place they feel safe and respected. If we give up, there is nobody else. There is a system out there that is waiting for our scholars to show up in shackles and jumpsuits if we choose to give up on them.”[2]

A great teacher or administrator can change your life.  I’ll bet many of you have had a Ms. Lopez in your life.  Someone who taught you that you matter.  Someone whose creativity sparked your imagination, or whose passion planted seeds of interest deep within you.  Someone who challenged you to rise above expectations.  Teachers offer a chance for transformation.

Jesus was a teacher who changed lives. The first time people hear him teach in the gospel of Mark, they are astounded! But then his teaching gets interrupted by a man with an unclean spirit.  Now, we don’t know what Mark means when he says “an unclean spirit” – the man may have had a mental illness of some kind, what the people of that time would have attributed to demonic possession.  Whatever it was, it meant that the man was not allowed in the temple – he was considered ritually unclean, the scribes taught that he was to be kept out.

One of Mark’s favorite strategies is intercalation: interrupting one story, (say, Jesus teaching in the temple) with another (Jesus confronting an unclean spirit), then continuing the first story.  Put together, the two stories help interpret each other.  What does an exorcism show us about Christ teaching in the temple?

We don’t really know what Jesus was teaching that day.  We do know that so far in the gospel, he’s said that the time has come, and the reign of God has arrived.  By casting out the unclean spirit and healing the man, Jesus shows what the reign of God means: God has power over all the evil that would seek to possess us.  And God will cast it out.

The religious law said the man wasn’t worthy enough to worship; he was outside of the mercy and blessing of God.  By expelling the unclean spirit, Jesus makes the man worthy of temple worship again.  The scribes said – that man is unclean, he is not welcome here.  But Jesus shows us that in the Kingdom of God, those boundaries are banished – all will be welcomed, healed, made whole.  No one will be shut out.

Some of my best teachers believed in experiential education – we learn by doing.  That’s the power of a field trip, service-learning, internships, residencies.  My first ordained call was a pastoral residency program, three years of service in a big old church in downtown Atlanta, actively reflecting on the practices of ministry while doing the work.  Practical experience shaped my ministry differently, more powerfully, than time in a seminary classroom did.

Jesus teaches by doing, too.  He doesn’t just talk about the arrival of God’s reign.  He shows us what God’s reign means for us, for our broken institutions, and for the powers of evil and death.  By expelling the evil spirit, Christ proves he has power, too.  Holy healing power.  Boundary breaking power.  God’s power.  When the people in the temple see this, they are amazed, but they’re also afraid: afraid, because it means that the world as it is, is not how it always will be.  God is at work, transforming, healing, casting out evil, making things new.

Something the unclean spirit says to Jesus has stayed with me this week.  It’s the question, “what have you to do with us, Jesus of Nazareth?”

What have you to do with us?

This question gets to the heart of the Christian life.  Remember the greatest commandment –  love God with all of your heart, mind, and strength.  And love your neighbor as yourself.

What has Jesus, a teacher, to do with an unclean man?  Nothing, if the scribes have anything to say about it.  The world is filled with boundaries that keep people apart.  That keep the unclean out of the temple. That value some lives more than others.

What does Jesus have to do with a demonized, marginalized man?

Or, for that matter, what does an ostracized, mentally ill man have to do with us?

What do we have to do with those who are outcast, or oppressed, with the person who doesn’t feel welcome in our worship?

What do we have to do with the Vidals of Baltimore, and the schools where they study?

What have they to do with us?

What have you to do with us? the man asks Jesus.  The answer is everything!

By the power of God, Jesus makes a broken man whole again.  Christ teaches us grace and reconciliation by enacting it, casting out the evil spirit, repudiating the evil teaching that kept the man out of the temple, welcoming him back into the fold.

What would it look like for us to teach like that?  Not just to say we believe in a God of justice, but to pray that God might empower us to mend and to heal the broken and the hurting, to seek reconciliation for all who have been forgotten or ostracized.   To cast out every evil spirit that would otherwise seek to possess us.

It is a strange time for us to say that God is a God who heals – after so many hundreds of thousands of people around the globe have died in the pandemic.  But right here in Baltimore, through the advocacy of faithful people in BUILD, more than 3,000 people in East and West Baltimore have had access to Covid tests through community based testing sites that they otherwise wouldn’t have had.  After feeling pressure from community advocates, the city has committed to fully fund programs to feed hungry people, at least 20,000 households of them.  And that is the healing Spirit of God at work.

After Brandon (the photographer) met Vidal and Ms. Lopez and shared their stories on his blog, he realized his readers wanted to do something to support the school.  People were sending bouquets of purple flowers to Ms. Lopez and calling offering to mentor scholars.  So Brandon and the principal started a campaign to support the school’s mission.  The campaign’s first goal was to send all sixth graders on a trip to Harvard, to expand their horizons and show students that they belong wherever they want to be.  They raised enough money in two days to make the trip a permanent part of the curriculum.  So they expanded their vision, and said that they wanted to start a program so the scholars will have a safe place to learn and grow during the summer.  And they raised enough money to support a decade of summer programs.  What they raised above that, they’ve put into the Vidal Scholarship Fund, to enable academy scholars to go to college.  Over a 1.2 million dollars have been raised for the Academy, because people were moved by Vidal’s testimony about his principal, Ms. Lopez.

What does Vidal have to do with us?  Everything.  And I pray that no boundary that the world puts between us – not boundaries of time or space, race or culture, wealth or power – will keep us from believing that.  From living it.  From teaching it.  Jesus drew on the power and authority available to him to heal the sick, to banish the demonic forces that afflicted the unclean man, to break the boundaries that kept him down and out.  The principal, Ms. Lopez draws on the power and authority available to her as a principal to uplift her scholars, to overcome the demonic forces and unjust structures that hold kids in poverty.

What would it look like if we drew on the power and authority available to us to ensure that the kids at our partner school, Walter P. Carter Elementary-Middle, have mentors to support them, decent housing in which to live, healthy food to eat – a chance to flourish.  What demonic forces would we need to banish to make that happen?  We’re working on it, advocating for the blueprint, supporting family engagement nights, showing up as a community partner.  I can’t wait to see what God has in store…

Jesus begins his ministry by breaking down boundaries.  He came to show us another way.  A way of healing and reconciliation.  A way that values all people, not just some.  A way that says that I shouldn’t flourish if you are struggling.  I shouldn’t be included if you are excluded.  Because our lives are bound up together.  Thanks be to God.

[1] Staunton, Brandon, photographed and quoted Vidal Chastanet and Dr. Nadia Lopez for his blog “Humans of New York,” in 2015, https://www.humansofnewyork.com/post/108621363306/whos-influenced-you-the-most-in-your-life-my.