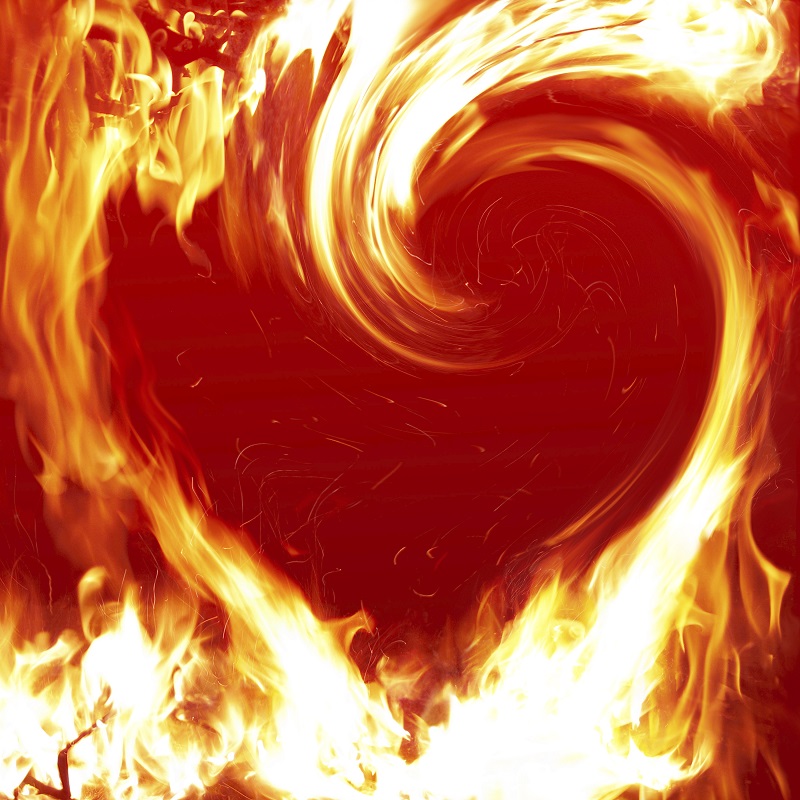 Learning a language is hard.
When most children are born, their language skills develop as their brain grows. It takes years for their vocabulary to expand, for them to get verbs right, before they’re able to say certain letters and structure their sentences just so.

For many adults, learning a new language is even more difficult.
It takes practice.
It takes patience.
It takes humility and a willingness to make mistakes.

I struggled with the languages I studied in school, partly because I wasn’t willing to put in the time and practice to learn vocabulary and various verb conjugations. I can remember tucking my Hebrew and Greek flash cards under my pillow at night, on the off chance that proximity would help, or the meanings could be gleaned through osmosis – it didn’t work.

I didn’t learn Spanish until I had to, till I was swimming in a sea of it and had to learn in order to communicate. I learned from listening, and talking – or trying to talk, on a black woven sofa in a hot adobe house, watching telenovelas together with the family I lived with in Mexico. I remember feeling like a little kid, lacking the words I needed to be able to say what I was thinking and feeling as well as I wanted to. Kids were often my best teachers, because they were not afraid to laugh at my mistakes and correct them.

Learning a language is hard, except sometimes it isn’t. Sometimes new words spring into being all at once out of nowhere and we all say—yes, that’s exactly what we’ve been trying to say.

Think of all the words we’ve learned since we last gathered in this space:
We know what a novel coronavirus is. Many of us can probably talk much more intelligently about MRNA and fomite vs. aerosol transmission. We know to celebrate frontline workers, to practice social distancing, and to wear our PPE so that we can avoid the ‘rona, superspreaders, and covidiots. The past year gave us a new pastime – doomscrolling. And a new day of the week – blursday. Zoom is a verb now, and it’s where you might meet with your quaranteam, or raise a toast with a quarantini.

Thanks to human ingenuity, we have new words to describe our new reality. They came together effortlessly, blown into our lives on the winds of change, as we adapted to life in a global pandemic. As one professor researching this phenomenon observed – Linguistic creativity helps bring us together to confront new challenges and changing contexts. Shared language brings a sense of solidarity, it facilitates human connection.

Today is Pentecost, when we remember the Spirit rushing like a mighty wind through a room full of stunned disciples – singeing their hair with tongues of fire, filling their mouths with new words, giving them the ability to speak in different languages to proclaim near and far to one and all the good news of Christ’s resurrection life.

After his resurrection, Christ told the disciples to await the coming of the Spirit, who would “clothe them with power from on high” and help them know what to do next. On Pentecost, the Spirit shows up with wind and fire. The disciples are transformed – they were a motley crew of doubters and deniers. But by the power of the Spirit, they become the pillars of the church. The flaming wind of the Spirit gives them language and the courage to use it, a vision and a voice.

In other parts of scripture, the Spirit is described as a dove descending from heaven, or the still small voice in the silence. But when the Spirit shows up at Pentecost, it is another thing entirely. This is the ruach, the wind that blew over the face of the deep and breathed the world into being! The Spirit comes at Pentecost like the pillar of smoke and fire that led the Israelites to freedom. It comes like a howling wind, with power to destroy everything that was and to create a new thing. On Pentecost, the Spirit lets loose, shaking the disciples out of hiding and pushing them out into the street to preach the good news so that all might hear and believe!

As the wind howled and the fire popped and crackled, suddenly, the disciples discovered they had new words, new language. Jerusalem was filled with pilgrims, people who had come from near and far for the harvest festival of Shavout. Somehow, all those people heard and understood the good news of Jesus Christ, for them. Willie Jennings says, this gives birth to a belonging we will call church. Language was the midwife, helping to bring the church to life. Language bridged the divides between people from different cities, different cultures, different parts of the vast Roman empire. This bridging brought people together, helped build a community that was united in Christ, connected despite their differences – Jew and Greek, male and female, enslaved and free.

And so it is with us here at Faith – through the common language of prayer and praise, of song and silence, of bread broken and shared, of juice poured and passed, of water splashed in a font – we are connected by our faith, by our love for God and one another. And though we have been separated, exiled by pandemic, for far too long, the distance between us was bridged by the common language of our worship, our care and concern for one another, our creative use of technology, and our commitment to seek, stand, and serve together.

That first Pentecost was both a convening, and a sending out: a convening, because the power of the Spirit enabled the disciples to gather people in a new way around the good news of Jesus Christ, his life and resurrection, the love and grace of God we know through him. It also was a sending: by giving the disciples words, the Spirit ignited their mission, leading them out into the streets to share their dreams and visions of a world made new, and across borders to unify God’s people against the death dealing forces that would keep them apart.

And so for us, this Pentecost is also both a convening and a sending. After fourteen months apart, and we are finally able to gather for worship in person in our beloved sanctuary. Scattered and separated by the forces of nature, we have finally returned, together, united as one community in this room, and on Zoom, beautiful and beloved in all our diversity that reflects the width and depth and breadth of the family of God.

But we’ve different than before.

We’re missing those who are not able to be with us in the pews. We can’t sit as closely as we used to or sing as loudly as we want to. We’re still masked and figuring out what it means to be back together. I’m painfully aware of those who have died since you last gathered in this sanctuary, and am feeling their absence, as I’m sure you are, too. And I’m new here – you may be missing and remembering Mary, Christa, and all those other preachers who have tended the fire here before me.

Surviving the crucible of Covid has changed us, it’s helped us realize who and what we value, it’s clarified the work we’re called to do. We’ve learned in a new way that the church is more than the walls of this sacred space. Church is community, it’s belonging to one another. It’s sharing a vision of the world made new, and the language with which to describe it. It’s caring for one another, working together to stand up for Black lives, to protest police violence, to support students. It’s seeking God’s presence, to give thanks for the gift of this life in worship through Zoom or in this room or outside in the courtyard or on the street.

I learned about a new ritual this week, one practiced by the Greek Orthodox church on their Easter. It’s called Holy Fire. They observe an annual miracle the night before Easter in the Church of the Holy Sepulchre where Christ is supposed to have been buried: A Greek patriarch of the city enters the tomb and comes out holding a torch they believe was lit by the fire of the Spirit – holy fire, the fire of resurrection life. The flame quickly gets spread to believers packed shoulder to shoulder into the nave around the chapel, many of whom are clutching fists full of forty beeswax candles – it becomes a beautiful, rapidly spreading conflagration. A journalist described the ancient ritual as exuberant, and terrifying, as the dark, cavernous old church seems to explode into open flame. The holy fire then spreads throughout Jerusalem, and out into the towns and villages, to Gaza and Bethlehem, across borders, into war zones. It lights special lanterns that can safely travel in the pressurized cabins of planes to spread the sacred flame of new life to believers around the world. As one observer described it,
“The explosion of heat, and light, and joy took my breath away.”

This is the fire the Spirit offers us. And we need it now, to guide and sustain us as we seek to be both gathered and sent, part of God’s mission in the world. I pray that by the power of the Spirit, we will have new words to describe and give voice to the new contexts in which we find ourselves, our church. That we’ll have the patience, the persistence to learn new languages. That we’ll have the Spirit-given power to hear and understand each other, to listen and love our neighbors, and the vision and voice to continue to make a difference in this strange new world.