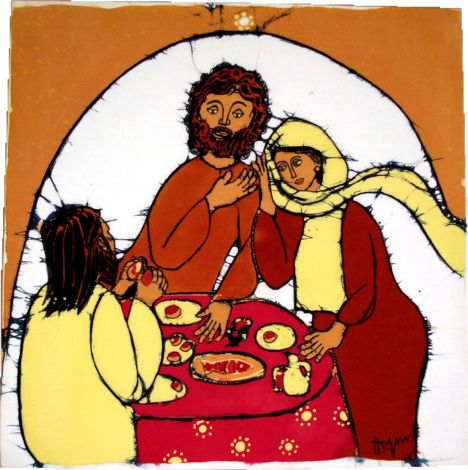 I believe… help my unbelief!

There is a place that I have missed during the pandemic, somewhere I haven’t really thought about for a long time that I used to go fairly regularly… a place that probably looks pretty different these days.  That’s the arrivals lobby of an airport.  Dary used to travel frequently for work, visiting farmers and producers, so it was a place I was fairly familiar with.  The one I picture is in Atlanta, and the Hartswell-Jackson International Airport there – but I can also envision the one at Boston Logan, in Portland, and Asheville – you probably can see a few in your mind’s eye, too.  In Atlanta, there are long escalators leading up to the baggage claim area, and there always used to be a throng of people at the top, waiting for their friends and loved ones.  It’s one of my favorite things to see people greet each other there.  Almost everyone is clearly delighted – relieved, excited, overjoyed.  People wave their arms and jump up and down, shake hands, cheer, kiss, clap, hug and squinch their eyes closed, patting each other on the back, saying, “Ahhhhh!  Welcome!  I’m so glad you’re here!  I missed you!”

Waiting there, in the ATL, there were for many years USO volunteers who would staff a cheering section for arriving service members, coming home for holiday or arriving for training.  People in desert fatigues, loaded down with gear, weary and stoic, greeted by riotous applause at the top of the escalator.  It was moving.

Stand there long enough and you see the same scene replay over and over again – different families, different faces, various configurations of parents and children and friends, sometimes with animals and always awkward with luggage.  And the joy!  And the tears!  So much hugging!  There is a moment or two, after the person I’m waiting for arrives, particularly if the trip is much anticipated or the separation has been long, when I am struck with a feeling of disbelief: I can’t believe you’re finally here!  I’ve been waiting for you for so very long.  I’ve missed you.  A moment when you have to pinch yourself to make sure you’re not dreaming.

As friends and loved ones get vaccinated, maybe you’ve felt this way even outside of an airport – seeing someone, hugging them, sharing a meal for the first time in forever.  You can hardly believe it’s really happening.

That must have been how the disciples felt when Jesus came and stood among them after his death.  Imagine the initial shock of seeing him, the frisson of fear that must have run up their spines; see them rubbing their eyes and scratching their heads as he invites them to touch him, to feel that he is real, really there, somehow, despite their grief, and the fear that led them to lock the door to that upper room in the first place.  I wonder if, as the smiles broke over their faces and they stood there with him, they, too, were struck with a feeling of utter disbelief.  My favorite line of this passage – “in their joy they were disbelieving and still wondering, so he said to them, ‘do you have anything to eat?’”

That’s wonderful, isn’t it?  Jesus shows up, improbably having conquered death, he is hungry!  In the gospel of John the risen Christ fries fish on the beach.  He breaks bread in Emmaus.  And here, in Luke, he improbably appears to find his friends who are still gripped by grief and guilt and though they are overjoyed to see him, they are also not sure what to believe – he was dead, after all, and now he is alive again.  And so he asks them for a snack!

There is a picture that was shared recently in a mom’s group I am part of, of Beyonce at the Grammy Awards with her daughter, Blue Ivy.  Beyonce is dressed up – she’s just walked the red carpet – with a fabulous hat and superstar sunglasses and silver earrings that dangle past her shoulders.  Blue Ivy is little, about 5 or 6 years old, eating a snack.  And her mom, the Queen Bey, one of the most celebrated bestselling artists of all time, winner of 28 grammy awards, is patiently holding her snacks – a bag of goldfish and a juice box.  Did Beyonce sneak the snacks in special pockets in her ball gown?  As a mom, whose children go through each day from one snack to the next, it’s reassuring to me that even Beyonce has to travel heavily snacked.

Apparently, the disciples do, too.  They should, of course, know this by now.  They’ve learned this on the mountainside when faced with a crowd of thousands of hungry people and Jesus told them, “You give them something to eat.”  And again when he broke bread and gave it to them, saying, take, and eat – do this and remember me.  When Christ is around, hungry people get fed, and the disciples are the ones to do it.

It was vitally important to the early church that Jesus ate and drank with his followers after the resurrection.  Important because it meant that his body – his real, physical body – was alive again, resurrected by the power of God.  He wasn’t a ghost, or a spirit, some ephemeral trick of the light or a collective delusion.  In a moment, we’ll affirm our faith using the words of the Scots Confession, written as the foundational document for the church of Scotland in the mid 16th century.  It’s a favorite of my former colleague, Shannon Webster, a scholar of the Reformation and lover of all things Scottish – including Scotch.  The confession attests that the resurrection was confirmed, “by the testimony of his angels, and by the senses and judgment of his apostles and of others, who had conversation, and did eat and drink with him after his resurrection.”  He always got a little choked up when reading that part.

What does that mean for us?  What does it matter that Christ was actually, physically present with his disciples after the resurrection?  Tradition tells us that it is a testimony to the goodness of creation.  That the universe created by God’s word and proclaimed good at the beginning, is indeed redeemed and wholly and completely good in and through Christ’s life, death, and resurrection.  And it means that bodies – our bodies – are not merely an inconvenience, they aren’t something to be ashamed of.  Bodies are not just bags of flesh and bones and blood we shouldn’t wait to shuffle off along with our mortal coil.  Our bodies are precious.  They matter to God.  We matter to God.  In all our imperfections, our wrinkly eyes and creaky knees, our strengths and weaknesses, our wounds and the scars they leave behind – all of it is precious, worthy of the new life Christ offers.  Bodies, our bodies are created good just as they are, we are worth saving.  The bodies of old people are precious and worth saving.  The bodies of transgendered kids in Arkansas and Mississippi and everywhere else are precious and worthy of belonging, the bodies of black boys in Chicago and Minnesota and everywhere else are precious and worth protecting, the bodies of men and women and nonbinary folk are precious and good and worthy of redemption in our homes and workplaces and on the street – and it is the will of God that we be safe, and protected, and fed, and valued, and allowed to flourish in every one of those places, every single one, all of us.

The risen Christ tells us that faith in the redemptive power of the resurrection is not just a thought exercise. Belief is not just a mental ascription, a box to check and be done with it.  Faith is a physical, real, lived experience.  It is embodied – the feeling of shock and joy when we realize that life after death is possible.  It is men and women terrified together in an upper room, daring to believe the impossible, seeing their friend and teacher again, eating and drinking and laughing with them again.  In their joy they are disbelieving and wondering – how could this be true?  But somehow, by the power of God, it is.

Their testimony tells us that when we eat and drink together, when we feed the hungry, he shows up among us.  The life-giving power of God becomes embodied, in and through us.  When we honor one another’s created goodness, when we stand and serve and seek to protect the bodies of those who are most vulnerable, bodies that are criminalized and dehumanized, he shows up with wounded hands and feet, offering peace, sharing the healing power of God.  We might not believe it possible.  We might be gripped by our grief and mired in doubt that the world will ever change.  But still, he appears, even to us.  Helping us have faith that with God, all things are possible.  Thanks be to God.