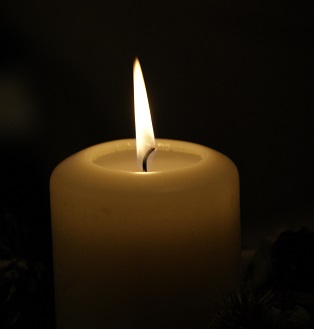 Today, we find ourselves in the wilderness. Moses (with God’s help) has succeeded in liberating his people from slavery in Egypt.  The children of Israel have escaped through a miraculous parting of the sea. Now, reality of another sort sets in. They are in the middle of nowhere. They have no water and they have no food. So, they do what all of us do, they complain. They mourn what they had when they were slaves in Egypt. They may have been slaves, but life was predictable under Pharaoh. They knew what to expect.  They had food to eat. They had routines. When you are a slave, you know what to expect. It wasn’t like it is out here where we don’t know where our next meal is coming from or where we will sleep at night or even where we are going.

The children of God are, after all, traumatized. They are the victims of cruel slavery and they are afraid. So, they do what we all do – they complain. Why didn’t we just die in Egypt? At least in Egypt we had those flesh pots! We had bread in Egypt!

We can imagine that slaves in the Underground Railroad felt much the same – hunted and running in dark woods with no food and the sound of dogs barking in the distance. Maybe they, too, thought twice about freedom. Maybe they, too, considered the safety of the master’s house.

I must confess that I sympathize with the Children of Israel! This week I wondered if I would be better off in a country where there wasn’t such a gun culture, a country in which violence wasn’t so much a part of our DNA, a country that did not have the sin of slavery.

Perhaps the most striking thing about this experience is that God listens to the Israelites’ complaining! We might remember that God hears us, even if we are being less than brave, even when we are being ungrateful. At least we are honest in describing how we feel: We are afraid and we are hungry. If we are going to die why didn’t you just leave us in Egypt?  God hears us.

And God provides what we need. We will have enough. We will have enough. However, God is very clear that no one should take more than they need. Does that include politicians who take private jets when they could fly commercially? Does that include the outgoing head of Equifax who has a 90 million dollar severance package even though while he was in charge his company was hacked putting half of all Americans at risk? Does that include a gunman who had a whole arsenal of weapons? Who needs assault weapons? “They gathered as much as each of them needed”

I also want to point out that God doesn’t just cause quail to fall out of heaven and manna to cover the ground. In the midst of the danger of the wilderness, in the midst of famine, God tells us to keep one day holy: “Tomorrow is a day of rest, a holy Sabbath to the Lord.” In other words, God tells us that we are to recognize the holy even in the worst hardship, even when we feel like we are abandoned and lost: we are to observe a time of rest and sacred space. In the midst of a wild and dangerous wilderness, we are to recognize that God is present and we are on holy ground.

I love Everett Fox’s translation of this part of the Bible. Verse 10, as he puts it, reads like this:

Now it was, when Aaron spoke to the entire community of the Children of Israel, they faced the wilderness, and here; the Glory of YHWH could be seen in the cloud.”

We have to do this because the Glory of God can be seen in the cloud. In the smoke from gunfire, in the smoke of gunfire that set off the fire alarms in a hotel, in the dark, horrible night of terror, God can be seen.

God tells us that, in the midst of whatever wilderness we find ourselves in, the community that observes the Sabbath, a community that is intentional about recognizing who it is that delivers us and feeds us and makes us whole is not only important. It is essential! The church, then, is more important than ever in times of tragedy.

The act of lament is a very Biblical one, a very ancient one. There is a whole section of the Psalms, including the one we read together this morning, in which the author, like the ancient Israelites, cries out in anguish. These psalms are honest expressions of how we feel: How long will you forget me, Lord? Forever? We feel forgotten. We feel God is hidden. We feel like the enemy is defeating us. The problem is, our culture is already moving on. Our culture wants only the happy hymns, the triumphant ones. This is not the time and place, it says, to talk about what we are afraid of and what wilderness feels like.

And, so, this morning, we decided to change the service we had planned. We changed the music. We changed the readings and the prayers to allow ourselves this space, this time to grieve and to admit our anger, and our shame.

We are now going to take time to pray. You are invited to stand, if you are able, and to say “Let us pray for….naming whatever is in your heart. At the conclusion of each petition, we will say together

The Offering will be received as you come forward to place those symbols of who we are, our response to God’s presence and assurance, in the basket at the front. Then, if you will, please continue to the cross, placing a ribbon over it. We need, it seems to me, to physically express our sadness.

Look at us, we pray. Look at us and answer us O God. Help us to see what is true. Help us to say what is on our hearts. We feel forgotten. Hear us.

Deep down we know that you love us – we remember your mercy and your faithfulness in the past. So we turn to you again, longing for your presence, looking for comfort and peace. Hear our prayers.