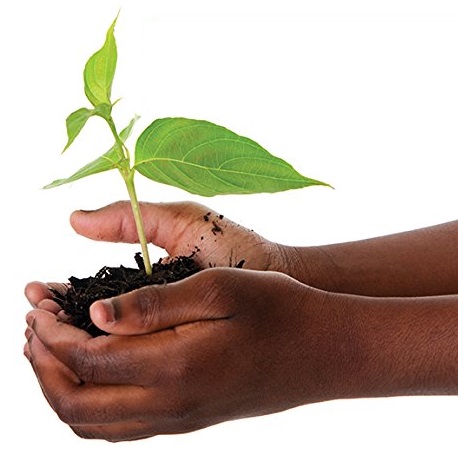 It’s wonderful to hear a different translation of that beloved Psalm, isn’t it?  The varied words and phrasing help us notice different images, to hear the promise of God’s care and concern in a new way.  Your beauty and love chase after me every day of my life, isn’t that a lovely way to put it?  This Sunday is called the Sunday of the Good Shepherd – one of the many ways we characterize and understand the identity and ongoing work of the risen Christ.  It’s also the Sunday after Earth Day, and the verdant imagery and pastoral scenes of the 23 Psalm feel appropriate.

During the past year of pandemic, we humans have coped with isolation and stress by getting outside as much as we can.  Parks and other public spaces have gotten more use than ever.  Suddenly untethered from an office, many found they could work wherever there is a wi-fi signal – and so city dwellers fled to smaller towns, and some even to rural places, where they could roam, hike, climb, camp and play outside during their off-hours.  In many ways, this is great for our mental health and for the environment – more people enjoying the great outdoors hopefully means more people willing to work to protect and preserve it.

But there’s been an unfortunate and perhaps predictable phenomenon to accompany this increase in outdoor adventuring, which is – a dramatic increase in the number of calls to search and rescue groups.  When ill-prepared and unseasoned hikers get hurt, get lost, or otherwise need help getting out of wilderness places, search and rescue are often the ones who get called.  It’s problematic because these operations are largely run by volunteers, who cover huge amounts of territory on a shoestring budget to begin with.  The influx of new and reckless adventurers needing help has pushed them past their limits.  Now, don’t get me wrong: I’ve gotten lost while hiking a few times – both lost the trail for a minute lost, and really lost – like rescued by firefighters with bloodhounds lost – and it can be scary.  I’m not one to point fingers.  But reading an article about this phenomenon a few weeks ago, I had to shake my head – we humans!  We think we’re invincible!  When really, it is so easy to just ignore a blaze and step off a trail, miss a turn, trip and fall, or otherwise get into real trouble out there.

A retired pastor in my former presbytery got lost a few years ago in the Sipsey Wilderness in Bankhead National Forest in Alabama.  A faulty map led him off course, and he ended up wandering for four days and three rainy nights before he was rescued by a formidable search and rescue operation: a collaboration between county sheriffs, firefighters, worried Presbyterians, and even some Mennonites from Tennessee.  He said for the first day or two, he was mostly embarrassed for getting lost in the first place – worried about how worried his wife would be, and upset with himself for not being better prepared.  As time passed, he became exhausted and hungry; his wet pants chafed his legs and rubbed them raw.  He got stuck in a ravine, and mostly was just ready to be rescued.  He was a very good sport about the experience, which was covered breathlessly by local news – and still felt a little sheepish about it after it was over.  But the truth is, all of us have gotten a little lost at one time or another.

And I wonder if that’s why the image of the Good Shepherd is so compelling for us.  Beyond the bucolic idea of a nap in a green pasture by a clear stream, it’s reassuring to think of God as one who seeks us out, even and especially when we’ve fallen down, lost our way, and need a little help getting back up.  As one who carries a rod to fend off lurking predators and a staff to pull us out of the brush when we trip and fall.

Now it won’t surprise you that I’ve not spent a lot of time around sheep, growing up in a small city of around 300,000 people.  I knew farmers, sure, but they mostly grew cotton.  Apparently, sheep tend to get into trouble every now and then, and it’s the job of the shepherd to help them out.  The most sheep I’ve ever seen were in the Scottish Hebrides, dotting the beautiful wild countryside as I hiked around the Isle of Mull near Iona.  From a distance, they look fluffy – soft – sweet.  Closer up, though, it’s a different story.  Up close, sheep can be filthy!  Their wool holds dirt, branches, and bracken like a sponge.  They smell.  And they can be noisy.  Just a few words Biblical commentators wrote about sheep: stupid, aimless, vulnerable.  They’re passive, easily startled, and always hungry.  They tend to wander off and get lost easily.  And yet again and again in scripture, we humans, we beautiful faithful people, we children of God … are compared with sheep!

What do we make of this?  Maybe it’s not so bad.

We are a little like sheep sometimes.  In theory, people are beautiful.  Wonderful!  Brilliant!  Compassionate!  Up close and personal – we are complicated.  Messy.  Sometimes a little bit stupid.  Sometimes a little bit stinky.  Painfully vulnerable.  Aimless.  Easily startled.  Always hungry.  And some of us… do get lost easily.  And so this depiction of God who can work with that, who seeks us out despite our messy, stinky, sheepishness – it’s comforting.

Psalm 23 paints an image of God who knows us personally, and accompanies, guides, and cares for us… who finds safe space for us to rest and be restored, who sets an abundant table for us, protects us from enemies, and showers us with love and mercy… This is a psalm of thanksgiving for all the ways God is present to the psalmist.  I don’t know about you, but this is not always my experience of God.  In fact, the world in which we live, where children go hungry, and those charged with protecting us don’t always make us safer, and guns proliferate, and those on the margins suffer, and the virus threatens to undo us … It can feel like we are on our own in the darkest valley with no guide, no one to fend off evildoers, nothing but our wits to save us.

It helps me to know that though many Psalms are balanced – in that they contain both lament and praise, cries for help and thanksgiving – this one is not.  Instead, it is preceded by a psalm of deep lament, the psalm Jesus quotes from the cross – My God, my God, why hast thou forsaken me?  Why are you so far from me, from the sounds of my groaning?  So perhaps the intimate care and concern, the calm pastoral provision of the 23rd Psalm is the psalmist’s answer to the powerful lament and pain of the 22nd… which tells us that the life of faith invariably moves between both places – times of feeling God’s care and provision to times that feel like complete abandonment.  From the pit of despair to an abundant table, a cup brimming with blessing.  And the promise inherent in these ancient writings is that wherever you find yourself… it’s okay.  God is still God, the shepherd who walks with us through the darkest valley, whose goodness and grace chase after us, seeking to find us wherever we are.

The pastor who got lost in the Sipsey Wilderness spent the first few days and nights walking, constantly walking, trying to find his way back to the trail.  In retrospect, that was one of his mistakes.  He didn’t give the people who were looking for him a chance to find him, because he was always on the move.  Had he found a spot to sit tight and trust that someone was searching for him, and if he waited they would find him, he probably would have been found much earlier.

We do this, don’t we?  Struggle and struggle, trying so hard to make it on our own, walking without stopping to rest, pressing on in the face of problems without asking for help, convinced we have to save ourselves.

But God calls us into community, gives us to one another, so that we can help each other.  That requires a bit of vulnerability… to feel perhaps a little sheepish and say – I’m struggling with this.  Can you help?

For me, that’s how the shepherd shows up most often: in and through the people around us, who help us find our way, who remind us that we are welcome and loved, who help to set an abundant table, and who make space for those who might be left out.  And I believe this is the calling for we who seek to follow the one who calls himself the Good Shepherd: to give our lives for and to one another, trusting in God to lead us and guide us even through the darkest valleys, to restore our souls when we are weary, and to pursue us with goodness and mercy every step of the way.