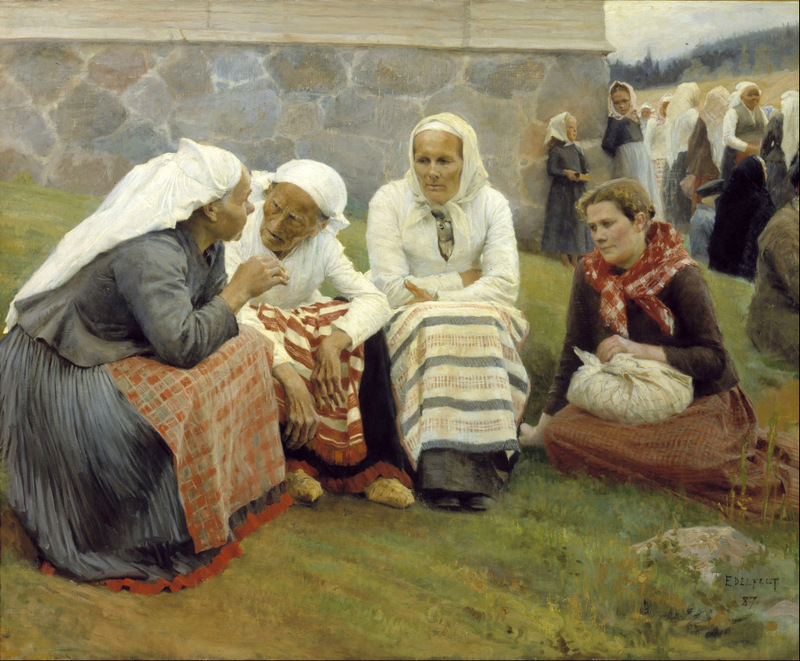 The Labor of Love

126 years ago, there was a strike in Chicago.  Workers who built Pullman rail cars had grown weary 16-hour days and low pay, so they refused to work.  As the strike wore on, tensions rose.  After a month, the workers were joined by the powerful American Railway Union, who refused to handle Pullman cars out of solidarity.  When more than 100,000 railway workers wouldn’t connect the cars from one train to another, they essentially stopped rail travel across much of the country.

Annual workers’ marches had been gaining popularity for more than a decade by that point, as a way to give working people a day off.  By 1894, about half of US states were observing a Labor Day, and there was pressure on Congress to make it a national holiday.  In the midst of the Pullman strike, Congress did – perhaps as a conciliatory gesture to the workers – and President Grover Cleveland signed it into law in late June of that year.  But a few days later, he sent federal troops to Chicago to quash the strike.  The workers were outraged, and after days of violent clashes, with thousands of angry people in the street, destroying hundreds of rail cars, a national guardsman opened fire on a crowd of demonstrators, killing as many as thirty people.[1]

Labor Day has been, to me, a fun long weekend – the last hurrah of summer before school starts and fall sets in.  A chance to throw one more thing on the grill, and to eat as many ripe tomatoes as I can before they’re gone.

But this year, I’ve been thinking about the origins of Labor Day and it’s changed how I feel about this weekend.  I’ve been thinking about the workers, many of whose names are lost to history, whose courage and commitment and collective action helped bring us things like an 8-hour work day, overtime pay, weekends, and anti-child labor laws.  Those regulations seem so basic, don’t they?  It’s hard to believe it took so much conflict and community organizing to ensure that kids weren’t allowed to work in coal mines, and that people deserved not just 8 hours to work, but also 8 hours to rest, and 8 hours for everything else.  That we had to come to blows in the street to protect people over profits.  Of course, we know this is still happening.  Everything old is new again.

The pandemic has brought to the forefront of our awareness the people who keep our economy and society running – those deemed essential workers.  Doctors and nurses, yes.  Police and EMTs and Fire fighters, of course.  But also the grocery store clerks and bus drivers, janitors and home health aides and teachers – people who often don’t make a lot of money, who may not have health insurance, whose jobs bring heightened risk of exposure.  Around 85 public school teachers and other employees of the NYC public school system died in the first wave of the virus.  More than 100 police across the country have died, making Covid the leading cause of death for officers this year.  And the United Food and Commercial Workers Union said in June that at 82 of their members, grocery store employees, had died after contracting the virus, with some 11,000 others affected.[2]

There are signs all over town thanking essential workers – I’m sure you’ve seen them, “heroes work here!”  The signs in people’s front yards thanking delivery drivers and postal workers and the garbage guys for their work to keep the economy moving.  In midtown Atlanta in April and May, and elsewhere too, people who lived around the Midtown hospital would break into applause at every shift change, cheering the exhausted nurses and technicians and cleaning staff as they left the hospital, their encouragement echoing between the tall buildings.  I don’t think they’re doing that anymore.  As the pandemic wears on, how are we continuing to show our appreciation and concern for those on the front lines?  The signs are nice, but they don’t seem like enough, with the risk involved.  I can’t help but wonder – How can we do better to love one another, to love our neighbors – especially in the time of Covid?

Reading these texts about conflict resolution, and hearing again the call to love one another this Labor Day weekend, it’s clear that these are not new questions.  Matthew’s community must have struggled with interpersonal conflict – hence this advice for how to navigate it within the church.  And they certainly came up against political and religious conflict as people living in an occupied land, and as Christ-believers in a largely Jewish religious landscape.  Jesus calls his followers to have courage in facing conflict – to engage with one another directly, speaking up when they feel they have been wronged, or if they see someone going astray.  And he describes an expansive, extensive process of engagement and open conversation to hold people accountable for their actions, and, if necessary, to invite repentance and change.  If we love one another, we must be willing to talk with each other and tell the truth.  Easier said than done, I know.

It reminds me of Paul’s words to the church in Corinth, so often read at weddings: “love is patient, love is kind, love is not envious or boastful or arrogant or rude. It does not insist on its own way; it is not irritable or resentful; it does not rejoice in wrongdoing, but rejoices in the truth.”

At a wedding, I’ve got to be honest, I often hear these words as domesticated and saccharine, but they aren’t.  And I think we could we go on to say, sometimes, love hurts…  We who are feeling the loss of loved ones, Jay and Carol and Maceo this past week, know this to be true.  Anyone who has had children or been part of a family can tell you that sometimes, love is hard.  Anyone who has walked alongside a beloved partner or friend through the pain of cancer treatment, or the fog of memory loss can testify that love can be very, very hard.  Loving one another takes effort, it takes time and energy.  It takes a willingness to be in hard times and places together, to confront one another and tell the truth.

I have a pastor friend who talks about this when people join his church.  He tells them, don’t join if you think we’re going to be perfect.  We are not.  There will be conflict.  At some point, we will probably disappoint you.  But if you are willing to be a part of this church family – to show up and be engaged, to love one another despite our faults and shortcomings, to hold each other accountable and seek reconciliation when things have gone wrong, and to help make sure we get it right next time, then come.  Be part of this!  We will welcome you and love you!  We will support each other and hold each other accountable for what we profess to believe!  We will be the church together!

We live in such divided times, with our communities and even our families fractured along political fault lines.  The echo chamber of the internet has led us to such a painfully polarized place.  In the leadup to the last Presidential election, in 2015 and 2016, I remember hearing more and more of my parishioners struggle with how to handle political disagreements with friends and family members, particularly on social media.  After a close friend picked a fight with a family member on her facebook wall, one woman said, “I just don’t know what to do!  Should I confront her?  Unfriend her?  Or just let it go?  What she said really hurt me.”  I wish I knew to how to make navigating these painful disagreements easier.  If we take Jesus’ advice, we will speak the truth in love directly – offline—with those with whom we disagree.  We will do it one-on-one, and we will do it as church leaders, and if needed we will take it to the streets.

If that person refuses to listen, “Let that person be to you as a Gentile or a tax collector” Jesus says – which doesn’t mean someone we ignore or ostracize.  Jesus spent part of his ministry reaching out to and engaging and eating with Gentiles and tax collectors!  I think this means that we are called into the fray, as individuals and as a community of faith, to love our neighbors by seeking to mend and repair, reconcile and heal the fractures that divide us.

And the testimony of scripture is that when we seek reconciliation, God’s power will be at work in and through us, making the impossible possible.

Love takes courage, and it takes hard work.  I thank God it is work we get to do, together.