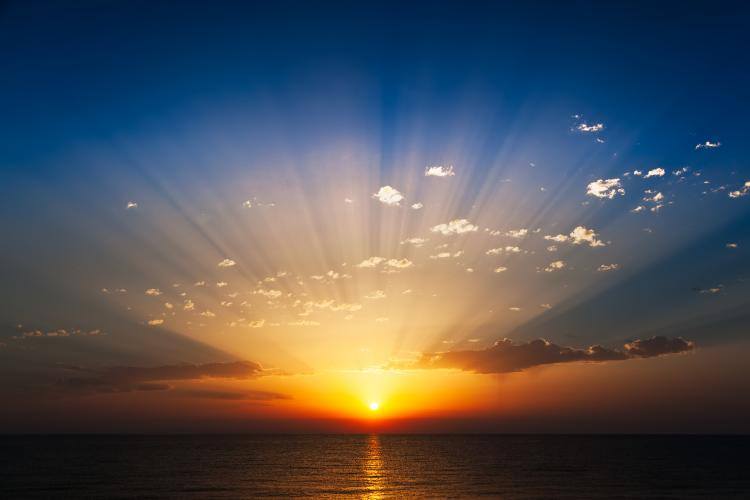 One of our most esteemed Protestant theologians, the German Jurgen Moltmann, believed that at Easter we should hear the “laughing of the redeemed, the dancing of the liberated. Even in the days of Protestant orthodoxy”, he said, “Easter sermons used to begin with a joke.”

I don’t know about you, but I have never imagined German sermons beginning with a joke! However, as it is April Fools Day, I am going to begin this Easter sermon with a joke…or two.

A preacher said to a farmer, “Do you belong to the Christian family?”

“No, I’ve been here thirty years!”

“I mean, are you ready for Judgement Day?”

“Could be today or tomorrow.”

“Well, when you find out for sure when it is, you let me know. My wife will probably want to go both days!”

The first worm in whiskey – dead.

So, the minister asked the congregation: What can you learn from this demonstration?

Maxine, who was sitting in the back of the church, quickly raised her hand and said: “As long as you drink, smoke, and eat chocolate, you won’t have worms!”

That pretty much ended the service.

Finally, since it is Easter, I thought I’d throw one in about a rabbit.

A man is driving along a highway and sees a rabbit jump out across the middle of the road. He swerves to avoid hitting it, but unfortunately the rabbit jumps right in front of the car. The driver, a sensitive man as well as an animal lover, pulls over and gets out to see what has become of the rabbit. Much to his dismay, the rabbit is dead. He feels so awful; he begins to cry.

A beautiful, blonde woman just happened to be driving down the highway when she sees the man crying on the side of the road and pulls over. She gets out of her car and asks the man what’s wrong.

“I feel terrible”, he explains, “I accidentally hit this rabbit and killed it.”

The blonde says, “Don’t worry.”  She runs to her car and pulls out a spray can.

She walks over to the limp, dead rabbit, bends over, and sprays the contents of the spray can on the rabbit. The rabbit jumps up, waves its paw at the two of them and hops off down the road. Ten feet away, the rabbit stops, turns around and waves again. He hops down the road another ten feet, turns and waves and repeats this again and again and again until he hops out of sight. The man is amazed. He runs over to the woman and demands to know what was in that can. What did you spray on that rabbit? The woman turns around so that the man can read the label.

My first title for this sermon was simply going to be “April Fools” but when I told people about it, some of them were incredulous. You aren’t really going to do that are you? We are such a serious bunch, aren’t we? Do people really not get it that the joke is on us?  God’s joke is on us…and the whole story of our faith is full of laughable examples of God’s joke. God always has the last laugh.

Think about that for a moment. Adam and Eve…a talking serpent, walking around naked, sewing on fig leaves? Eve saying the serpent made me do it. Abraham hearing God tell him to drop everything and go – somewhere – just go. Sarah- she is eavesdropping when she hears that age 90 she is going to get pregnant? She laughs! Can you imagine Sarah going to her doctor and telling her doctor that she thinks she is pregnant! Take Noah.  God tells him to build and ark. An Ark! God says to build it because there is going to be a lot of rain. Not only that, but Noah has to collect two animals of each species and keep them on the ark. Really?

Psalm 2 tells us that He who sits in the heavens laughs…happy are those who take refuge in him.

And on this April Fools Day, I am reminded of the Apostle Paul’s advice to the church in Corinth. See, the problem with the folk in Corinth is that they took themselves way too seriously. Paul tells the church that they should remember that God chooses what is foolish in the world to shame the wise. Paul urges us to be fools for Christ!

Why are we here today? We love the music. We love to get dressed up. Our mother made us come. We love the egg hunt.  Speaking of which – some of my colleagues think that an egg hunt or having the Easter bunny appear is a mockery of Easter, somehow trivializing the solemnity of the resurrection story. Well, what is the story?

Jesus has been brutally executed. Jesus was no match for all the power of the state. They made fun of him. They taunted and tortured him and there he hung for the world to see vulnerable, all too human on the cross. In John’s version, Jesus is visibly dead and there is no need to speed up his execution. Joseph of Arimathea and Nicodemus wrap Jesus’ body in white cloths and bury him in a garden tomb. That is it. We get that story. The story of Jesus’ death makes sense. That is, after all, how the world works, isn’t it?  Those who make claims that make people uncomfortable end up is a court, they pay the price. That is the way the world works. Might wins.

Early in the morning, Mary Magdalene goes to the tomb. Someone has moved the stone! She runs and gets Simon Peter and another disciple and they run to see for themselves. Sure enough, the tomb is empty.

Meanwhile, Mary is outside crying when she turns around sees this man who she thinks is the gardener. You can almost hear her: “If you took my Jesus, you better tell me where you put him!” When Jesus says, “Mary”, she knows who the man is. Jesus tells her not to hold onto him because he hasn’t yet ascended to be with his Father. Just go and tell the others, he says. So, Mary Magdalene goes and announces to the disciples, I have seen the Lord, and she tells them that Jesus has said these things to her. Mary Magdalene, a woman, a woman from a town that no one counts as much, in John’s version, is the first Easter preacher! God has a sense of humor, don’t you think? The last laugh is God’s. God shows up the Roman Empire, God shows up all those who think they know who Jesus is, all those who think they can keep Jesus where they want him. God shows up all those who say that the dead can’t rise – it just makes no sense. It is not explainable. It is not scientific. God has the last laugh.

William Willimon tells the story about a time when he was the Dean of the Chapel at Duke University. One spring, a reporter from the student news paper called him and told him that he was doing a story about things that were going on around campus that spring. He asked, “Now, over at the chapel, what would you say is the goal of Easter?

“The goal of Easter?” Willimon asked.

Willimon said, “Well, we just do. Easter is just, well, it’s just Easter. We just celebrate it.” Whereupon Willimon said he could just see the headlines the next day: “Dean of Chapel Says Easter Is Pointless.”

If we are practical, serious, rational people…a lot of Easter may be just that…pointless. But, if we have a sense of humor, if we are willing to be fools for Christ, perhaps we will celebrate Easter for “the sheer fun of it”. Willimon argues that is perhaps the point after all. We Christians…just do it for the seer fun of it. (The Last Laugh, p.16)