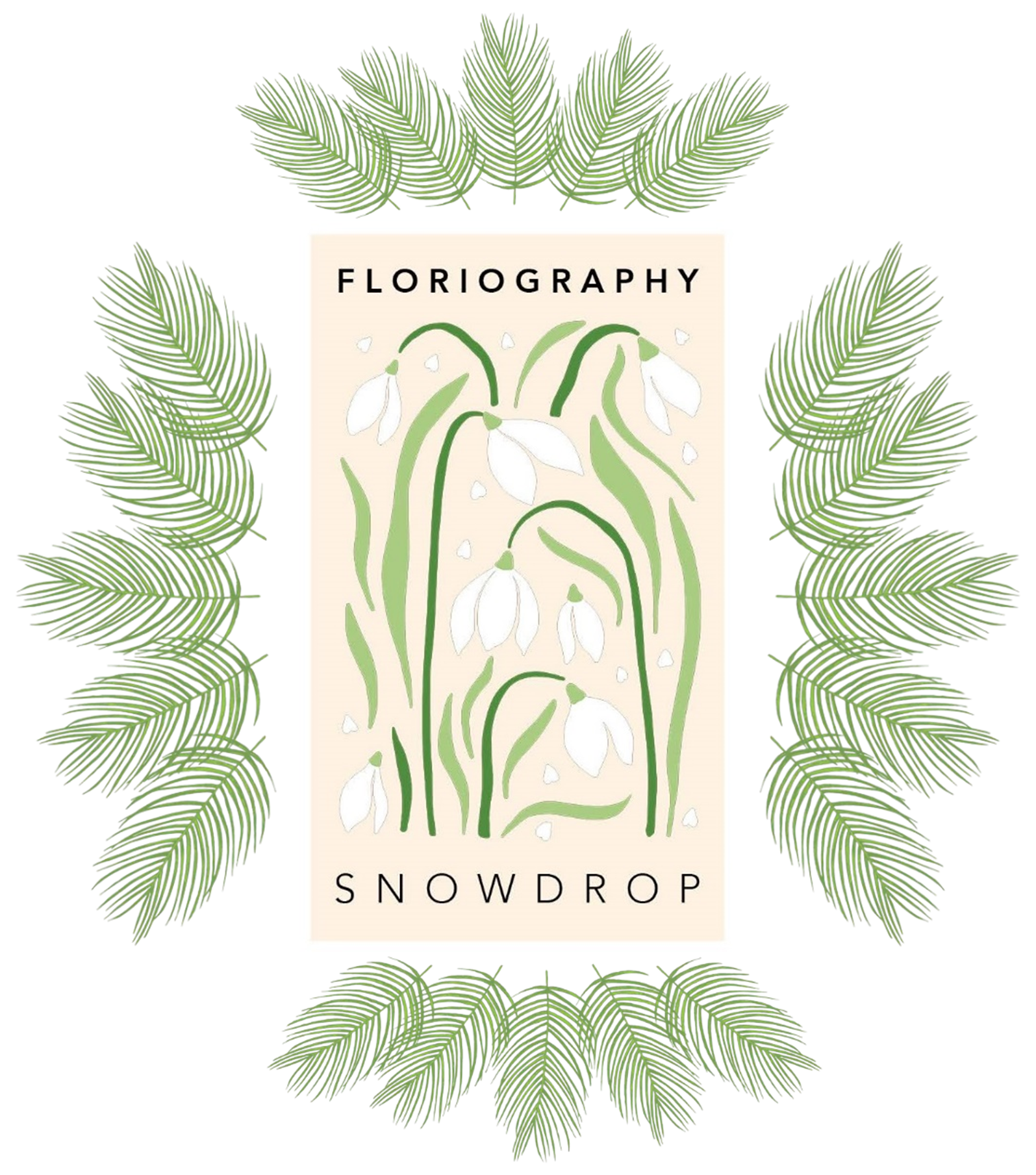 To the Streets!
Luke 19 – Palm Sunday

Holy Week in Guatemala is an experience not to be missed. The whole country takes vacation to celebrate.  People pour into the cities and towns for the occasion, to commemorate the life, death, and resurrection of Jesus. Much like in other parts of Latin America, the festivities revolve around processions: people dress up and carry huge icons depicting saints and the Stations of the Cross through narrow, cobblestone streets. Young men in hooded purple albs carry censures before the processions, burning incense that hangs in the air, a fragrant fog hovering over the festivities. Tinny brass bands play hymns and mariachi music between the platforms. And a crush of people lines the streets to observe the processions as they shuffle along. With food vendors and games in town squares, Holy Week is a carnival of epic proportions.

In the day or two leading up to the parades, artisans work until late at night to cover the streets in beautifully ornate sawdust carpets. They remind me of Tibetan mandalas – detailed works of art, painstakingly prepared, but temporary. But instead of sand, these carpets are made of vibrantly colored sawdust, flower petals, pine needles, even fruits and vegetables laid out in intricate designs. Men accustomed to working in the field repurpose their pesticide/fertilizer sprayers to spray the carpets in a fine mist of water, to keep them from blowing away. After the parades pass by, the cobblestone streets are a wash of color, the designs scattered to the wind and petals crushed underfoot, the bright stones offering a silent testimony to what has passed over them.

The carpets are special – I’ve never seen anything else like them. Their beauty enhances the festivities, and honors the memory of Jesus in this week which commemorates his life and death. They also evoke the palm fronds, the branches his followers waved and the cloaks they threw in the road, to show him honor as he made his way into Jerusalem…the road strewn with palms led him into the city, into conflict with the authorities…and into death.

I remember Palm Sunday as a celebration – a break from the norm with palms waving in worship, a processional, and shouts of Hosannah! And it is. But it’s a multivalent event, provocative when you have eyes to see it. One could call it street theatre, a public demonstration that challenges Roman rule by calling Christ the King.

This particular week, Jerusalem was overflowing with people, peasants who poured in from the countryside to celebrate Passover, to make their sacrifices in the temple. Remember that Israel was an occupied land, so there would’ve been a lot of Roman military presence for the festival, to keep order, to prevent a revolt.

But that doesn’t stop Jesus from continuing with his plan. Christ’s followers line the street down from the Mount of Olives, they shout and stand on tiptoes in the dust just to catch a glimpse of him. Their hope nearly crackles in the air – Hope that Jesus would save the people from Rome, end their suffering, and rule as King over Israel. So strong was their longing for salvation, it rose like the smoke of incense and cast its own shadow over the crowd, intoxicating to all who breathed it.

Jesus’ parade wasn’t just festive, it was downright dangerous. It mimicked the victory marches of generals who would ride their chariots into Rome with throngs of people cheering their return. He was entering Jerusalem as a conquering hero  But Christ was different than others who vied for power in Jerusalem. Instead of riding a chariot pulled by prancing white horses, he rides a humble donkey. There is no crown of laurel on his head, but he will soon wear a crown of thorns. Rome ruled through military power, oppressing the people through taxation and the threat of violence. The kingdom Christ heralds is altogether different than that.

The power he wields is the power of love, of solidarity. He works through nonviolent resistance, submitting to the violence of empire to reveal its futility, and to show us God’s power to transform death into life.

The people thought he was their messiah, the one to lead an uprising to overthrow their oppressors and reign as King in Israel. But Christ’s kindom, the family and reign of God is much bigger than that. It knows no boundaries because it exists within our hearts and that’s why it has the power to change the whole world.

I don’t know about you, but some days I find this difficult to believe. Two years of pandemic have made us weary and wary, aggrieved yet determined to rebuild our communities more equitably in this new normal. The devastation wrought by Trump revealed fault lines and divisions that I fear may never be overcome in this country. Putin’s war in Ukraine has caused massive suffering, as Afghanistan starves and Ethiopia remains in the grip of civil war. Here in Baltimore, more than 300 people were killed by gun violence in the past year – three of them safe streets workers commissioned as violence interrupters. If Christ reigns, why does the suffering continue?

The truth, of course, is that sin and evil still exist. The work begun in Christ continues in and through us – his body, at work in the world.  I heard a political scientist interviewed on the Hidden Brain podcast recently, and what she said gave me hope.[1] Erica Chenoweth has studied the power of nonviolent resistance to create change. She said she’d been taught that violence was often a necessary evil, the blunt instruments of war were the most effective in challenging despots and bringing stability. This compelled her to research nonviolent resistance over the past 200 years – when has peace come not from guns and tanks, but through concerted noncooperation, demonstrations, and peaceful resistance? She discovered that nonviolent resistance movements were twice as likely to have succeeded in their efforts to create change than violent ones. And they only had to mobilize a fraction of the population, 3.5%. Writing recently in the Washington Post, she lauds the efforts of Ukrainian citizens to resist the onslaught of the Russian army.[2] Ordinary people have been removing road signs, blocking streets, marching and demonstrating. The Odessa Opera held outdoor performances, defiantly singing Verdi and waving a Ukrainian flag in the cold March air.[3] Russians, too, have showed tremendous bravery in publicly standing in opposition to the war, risking arrest, kidnapping, and even death. And even here in Baltimore, people are demonstrating for peace – raising money, standing together again in Patterson Park at one this afternoon with the Ukrainian Orthodox church there. These demonstrations do work she says – to slow and sometimes even to stop the violence. To demand action from politicians. To preserve the spirit of the people, enliven our collective defiance, to protect our common humanity.

When they objected to the ruckus of his procession, Jesus told the Pharisees that if his disciples were silenced, even the stones would shout aloud. I wonder…if the stones in our streets could talk…well, wait, let’s just say the concrete – if the concrete could talk, what would it say? What would it say about God at work in Baltimore? What would the stones in these walls, the bricks say about us, about our witness and work, about Christ whom we love and serve? Would they shout aloud that God’s kingdom has come near?

You know what? I believe these stones DO shout – they tell the story of a family of people seeking to be the beloved community here and now. A congregation with a welcome as broad and expansive as God’s love. A congregation not afraid to speak truth to power, and to tell the truth about who we are and to whom we belong. I think if we look closely, we can glimpse the kindom right here: in the love we share as a church family. In our advocacy, in our common witness for peace and justice in our city. In our work to care for the little piece of Baltimore with which we have been entrusted, to pull weeds and plant trees and cultivate beauty. In our support for the students, teachers, and families at Walter P. Carter, and our investment to build decent housing in Woodbourne McCabe.

Gillian, Maddie and I had a habit at the beginning of the pandemic of making kindness rocks – painting stones and leaving them places for others to find. A bright spot in an otherwise anxious time. We’ll paint some more at the Easter egg hunt this coming Saturday, hoping to leave them as a reminder of love and sparks of joy for whoever finds them, or as small testimonies to carry in your pocket.

To continue our prayer project, you’re invited to find the origami paper in your pew, to write one way you commit to prepare for the week ahead. Will you lay a carpet in preparation, some beautiful symbol to honor Christ’s sacrifice this week? Will you commit to pray, to participate in our worship, to serve? Write down your commitment, or the name of a person or place for which you pray so that on Easter, our prayers can bloom into a beautiful garden!

[2] Chenoweth, Erica, “People around the world are protesting the Russian invasion.  Will their protests work?”  The Washington Post, 3/14/22.