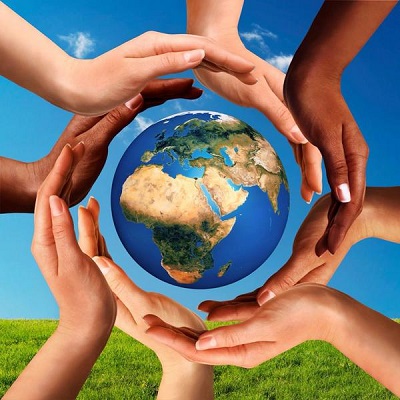 My father was transferred during my senior year in high school. We were to move from California to St. Louis, Missouri. None of us were happy about it, most of all my mother. Even though she had grown up on a farm during the depression, I think her spiritual home was in California. In those days, you worked for the company your whole career. The thought of not going, or of changing jobs instead was simply not an option. Consequently, we went. My father did not believe in having a plan when we drove across country. We set out and drove until it was time to stop. So it was that we found ourselves in the middle of the Navajo reservation as darkness set in and there was nothing – no gas stations, no restaurants, no motels. Finally, we found a motel that had a place to eat. The place was modest, shall we say. Most importantly, there was no TV! Having worked on the campaign of one of our presidential candidates, I was desperate to watch the Chicago convention. The place did have a radio. There I was with my ear glued to the radio as I listened to reports of police beating demonstrators and I cried. As we settled in our beds that night under that vast, pitch dark sky, all we could hear was the bleating of sheep. It turns out we were in the midst of a sheep ranch.

This memory surfaced this week as I thought about Moses out there in the middle of nowhere herding sheep.

You might have noticed that the sermons texts so far this fall have had to do with call – God calling us and our hearing God calling us. Abraham heard God call him to sacrifice his son. Jacob slept in the desert and has a dream in which he hears God calling him and promising him a future. Today, we heard the story of Moses out in the desert and his encounter with a burning bush out of which he hears God calling him. None of these men were remarkable. We aren’t told they were especially accomplished, or handsome, or super smart, or great orators. All of these men were flawed. Abraham passes his wife off as his sister so he won’t get killed. Jacob cheats his brother and runs away. Moses is the son of slaves who murders an Egyptian who is mistreating one of his fellow slaves. Moses, too, is on the run.

Moses flees to Canaan, takes refuge in the home of his father-in-law and becomes a sheep herder. My! How life can turn on us. One day we are the pampered pet of Pharaoh’s daughter. The next day we find ourselves on the lam eking out a living tending sheep!

We can imagine that one day herding sheep is exactly like every other day. The monotony of it must be deadening. Moses was out there in the middle of nowhere, miles and miles of desert, alone with no company, no cell phone, nothing.

Suddenly, out of this desert nowhere, something extraordinary happens. Moses had come to Horeb, when suddenly he sees a “flame of fire out of a bush” and there is an angel in it. Moses has to make a call. Does he just keep going? Does he say to himself, Man, I got to sit down! I’ve been out here too long and the sun is getting to me? Does he dismiss this weird apparition and turn away? Does Moses just keep going because, darn, he needs to get home before dark? No.  Moses stops and pays attention: “I must turn aside and look at this great sight.” I just want to point out that it is precisely when Moses stops that he hears God talking to him.

In some sense, this story is about the importance of stopping and paying attention. God does not always, maybe almost never, show up in extraordinary places or times. More often than not, God speaks to us while we are doing the dishes or mopping the floor or taking out the trash or lying in bed at night.

I guess you could say the burning bush was rather dramatic. But was it? Maybe it was simply a brush fire….a scrawny little bush burning. You see it all the time…out there in the desert. Moses stopped. That is the thing. Moses stopped and he paid attention.

It is as if God is priming Moses up for the big ask.

I pay attention, this God says. I see what is happening to my people. I am not some absent landlord. I am intimately involved in my people’s misery. I hear their cries. I know their suffering. I have come down to deliver them. I am going to take them to the land of milk and honey. God repeats again and again what God has done and will do. God is faithful and just and will deliver us.

But God is not finished. There is twist that comes in v.10 of Chapter 3. And, here’s the deal, Moses, God says. I want you to go and tell Pharaoh to let his slaves go. Wait…what just happened here? After God’s beautiful speech about what God has done and will do, God suddenly tells Moses: You go. You, Moses, you go.

God persists. “Don’t worry Moses. I will be with you.” Now, I don’t know about you but I am not sure I would be reassured by this

Moses tries again. “God, look, if I get back to Egypt, I am not saying I will, but if I do get back to Egypt, those people aren’t going to listen to me. After all, they probably see me as a traitor. I was Pharaoh’s man wasn’t I , living all those years in his fancy palace. Worse, they know I killed that guy which certainly didn’t make their lives easier. I mean, what if they ask me what your name is? What should I tell them?”

At this point, we guess, it might be getting dark. Moses’ dinner is getting cold at home. The sheep are restless. He wants to get back to that sheep ranch and watch the news. None the less, Moses doesn’t leave. He doesn’t say, let’s finish this conversation in the morning. Let me think about it. I’ll get back to you. Moses persists. “What if they don’t listen to me? I can’t talk well. I stutter. Who is going to listen to me? Besides, can’t you see I’m busy. I have a job. Who will take care of all these sheep?”

On this World Communion Sunday, we cannot escape the reality that our world is messed up. The United States and North Korea are trading war-like taunts. A vicious dictator in Syria appears to have the upper hand. Hurricanes and earthquakes ravaged Mexico, the Caribbean and Florida and Texas. Afghanistan. Iraq. Myanmar. Sudan. Republic of Congo. It seems like everywhere we look there is violence and misery. Everywhere we look there are oppressive pharaohs with their thumbs on the people.

One of the great peacemakers of our time was the Rabbi-scholar, Abraham Heschel who marched with Dr. King and, like King, protested the Viet Nam War. Heschel reminded us: “At the first conference on religion and race, the main participants were Pharaoh and Moses. The outcome of that summit meeting has not come to an end. Pharaoh is not ready to capitulate. The Exodus began, but is far from having completed.”