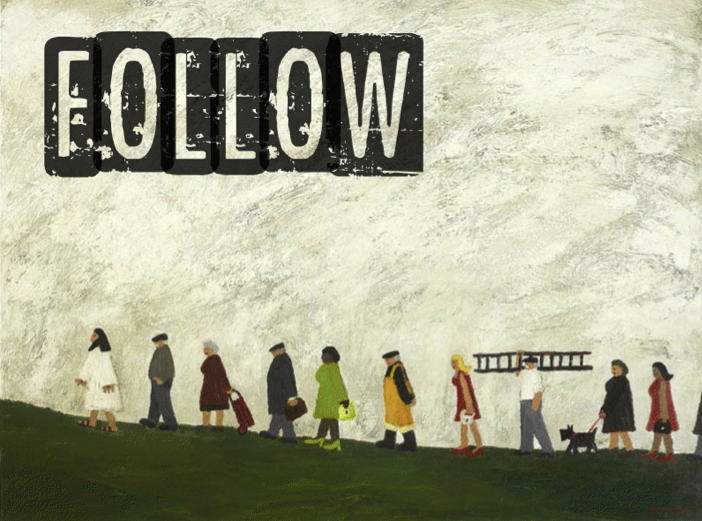 My sister-in-law, Kate, once accidentally ran a half-marathon.  Or almost.  How does someone do that, you ask?  Good question.  One explanation is that she’s just that kind of person – in good enough shape to be able to pull it off.  But really – she was planning to run a few miles of a marathon with a friend who was racing, to encourage her along the way.  She hadn’t registered and wasn’t wearing a number, so she ended up getting kicked off of the course by a race official. She’d expected, I think, to catch a ride back to her car, so where she left the course was miles away from where they’d parked. By the time she finally jogged back to the parking spot, she may as well have run half the race.

Blisters, aching legs – Kate was pretty sore the next day.  It usually takes at least a couple of months to train for a half, and her usual long run was six miles – not 13.  If she’d known what was going to happen, she probably would not have agreed to follow her friend.  But by the time she had to leave the course, she didn’t have much choice.

I wonder if the disciples knew where they were heading, and what was in store for them in Jerusalem before Jesus made this prediction.  Up to this point, they’ve seen him heal countless people.  Cast out demons.  Eat with sinners and tax collectors.  Challenge unfair religious rules, rile up the scribes and provoke the priests.  He has shown them what he was about, but he hasn’t done any explicit teaching about where his ministry was leading.  Not till now.  And the teaching… its not what they want to hear.  They can’t even believe it.  So Peter rebukes him.

Peter has just confessed him to be the Messiah –the promised one, who would save Israel from its enemies.  The prophets promised a military victor anointed by God to overthrow their oppressors and uplift the poor.  Peter’s right, Jesus is the messiah, but not that kind of messiah.  That isn’t what he came to do.

Jesus offers liberation, absolutely.  He heralds a coming kingdom.  But the freedom he promises is not without risks.  In fact, he goes on to tell them that he must suffer, be rejected, and killed before rising again.  To the disciples, this is unbelieveable.  Their savior couldn’t be executed!  Why would they allow that to happen – much less follow him on the path to destruction?

What the disciples don’t yet understand is that by predicting these awful things, Jesus is just telling the truth.  Some amount of suffering is inevitable for those who challenge oppression, because people with power do not give it up easily.  You know this: the proverbial blood, sweat, and tears of any campaign.  The weary days, the long nights.  We who have the courage to stand up for love and justice in a world full of fear and greed have a fight ahead of us.  Jesus is just telling it like it is, and then he issues a challenge – those who wish to be his disciples must deny themselves, take up their cross, and follow him.

What do we do with this here and now, in the 21st century US?  It’s an incredibly challenging statement.  The culture in which we live is self-centered.  Self-indulgent.  Individualistic.  People with money in this country can have anything we can afford delivered to our doorstep within 24-48 hours. Deny ourselves?  Why would we ever want to do a thing like that?

And I know, and surely you do, too or can imagine, how this passage has been abused, mis-used, misinterpreted to justify all sorts of terrible things: to keep people in abusive relationships, to justify the enslavement of human beings, to maintain all sorts of injustices, suffering is called just a cross to bear.  So much so, that many feminist and womanist theologians reject the cross completely.  Suffering doesn’t save us.  Love saves us.  The life and work of Jesus, acts of kindness, liberation, and mercy are salvific, not the violence of the cross.  Not suffering.

Still, this crucial teaching – deny yourself, take up your cross, and follow me – appears in all three synoptic gospels.  We who wish to follow Christ at some point must try to understand what he’s calling us to do.  Matthew Meyer Boulton’s commentary on this passage has helped me.  He says, Jesus does not tell us to seek out a cross.  Instead, Jesus says take up your cross.[1]  This assumes the truth that all of us will or have experienced some amount of suffering – we don’t have to seek it out, suffering finds us.  No matter where or when we live, no matter who we are brokenness, loss, and pain are part of life.  People we love will die.  We will make mistakes and have to deal with the consequences.  We do not always get what we want.  Our bodies are fragile, our resources limited, the systems in which we live are bound by sin.  Suffering is inevitable.

Students of Buddhism know that one of the Buddha’s foundational teachings is the four noble truths. The first truth is that life is dukkha, suffering. It just is.  The second truth is that suffering comes from want, from craving the things we don’t or can’t have. The third, that we can find release from suffering by letting go, emptying ourselves.  And the fourth, the way to do that is by following the path of moderation, meditation – called the eight-fold path.  (forgive this simplistic summary).  It’s not hard to see how the Vietnamese Buddhist monk Thich Nhat Hanh could write a book called Living Buddha, Living Christ.  He has said, “on the altar in my hermitage are images of both Buddha and Jesus, and I touch both of them as my spiritual ancestors.”[2]  There is much that resonates between their teachings.

The past year has taught us more about selflessness and suffering than we probably ever wanted to learn.  We have stayed home to stop the spread and flatten the curve.  We’ve forgone visits and bypassed holidays and milestones with those we love to keep them safe and well.  Those of us who are essential workers have risked our own health and the health of our families to do our jobs.  We’ve seen friends and family members get sick, suffer, and die, many of them alone.  We’ve seen the rise of the share economy and mutual aid groups delivering food to people’s doorsteps and checking in on elderly neighbors.  We’ve rationed toilet paper and used gallons of hand sanitizer and learned to mask and double mask.  We understand now, perhaps better than ever, what it means to sacrifice what we want for the common good.  To limit ourselves, so that everyone can thrive.

Life as part of a community of faith teaches us these things, too.  I can remember a conversation I had with a college student in my last church.  At the end of a community meal, as folks were packing up and leaving, he seemed to be looking for someone, bobbing around, walking out and coming back in.  He was usually a pretty laid back kid, so urgency was out of character for him.  I asked him, “hey man, you okay?”

“No,” he said with a grin, “but if we stay much longer, we’re going to have to clean up all this mess.”

I laughed, because it was true.  And you know what?  They did help: clearing plates, folding chairs and tables, sweeping food off of the floor.  They even walked me to my car to make sure I got there safely.  Because this is what we do for one another.  We show up.  We pitch in. We trust that many hands make light the work, and so we work together for the good of the community, offering what we can to help out.  It seems like not a big deal in the grand scheme of things, that a couple of college students gave some time to clean up.  But it’s these small choices that build our capacity to take larger risks when they present themselves.  To show up, to speak out, to stand together.

The Dalai Lama, spiritual leader of Tibet who has lived much of his life in exile and has seen many of his people killed and oppressed by Chinese government, observes, “… suffering helps [us] develop empathy and compassion for others.”[3] Life in community builds compassion.  It gives us a chance to do what Peter did: to listen to others speak the truth of their experience. To hear and understand how that truth calls us to action.  To go places we might not want to go.  To run the race that is before us even if it is far longer and harder than we imagined it might be.  To take up our cross and follow him all the way to Jerusalem, to confront the powers and principalities, all the way to Calvary, all the way to the empty tomb.