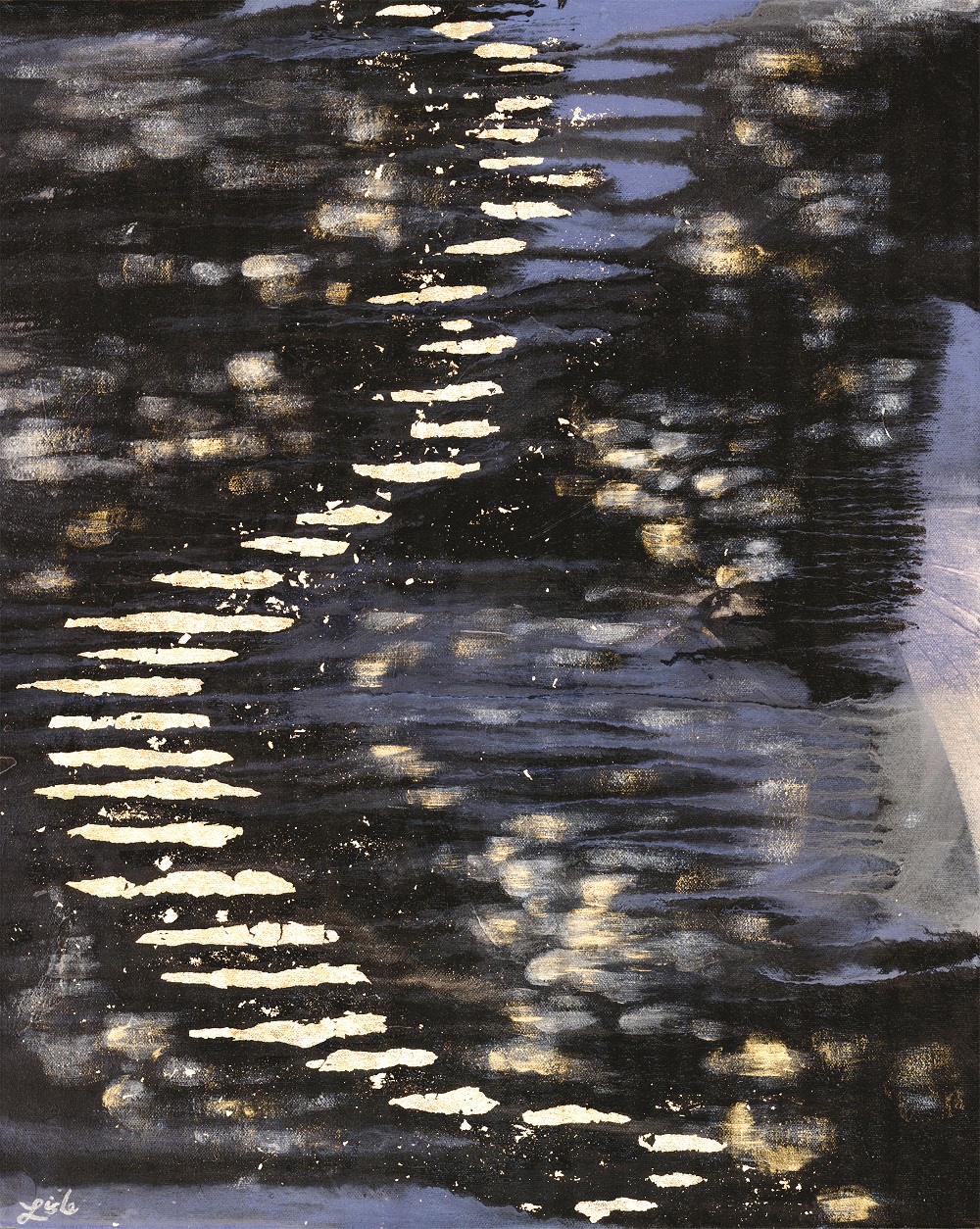 While it is still dark…

There is a pandemic image from last May that has stayed with me:

A health care worker – a nurse, I think – was hugging her mom, through a shower curtain.  Face turned to the side, still masked and gloved and wearing a protective gown.  Her mother blurred and indistinct on the other side of the plastic.  Awkward and uncomfortable but still, hugged.  Held.  It brings to mind also the number of visits that have happened through glass or at a distance, at nursing homes and retirement communities and back yards.  We’ve been desperate to see our loved ones, but we don’t want to put them at risk.

As we packed up and got ready to move to Baltimore this past June, a friend came over with rain ponchos to send us off.  As she came onto my porch she tossed one to me and said: “here, put this on, you’re not leaving town without a hug!”

One of the harder and more awkward adjustments for the pandemic has been around human proximity: the change to how close we are able to get to one another, and how dangerous it became to touch each other.

When Mary recognizes Jesus in the garden, when she sees him and he says her name and the lights turn on and she realizes it’s him – Heavens, she runs to him, arms held out wide, ready to envelop him, to cling for dear life to this friend who had been lost, broken, dead and gone, but was alive again!

Why not?  Was the cold stench of death and decay still clinging to his clothes?  Was it the mysterious incorporeal nature of his risen body?  Is he afraid they’ll be seen by the guards?  Or does he have somewhere to be?  Does she?

Whatever it is, she can’t hold onto him.  Can’t hug him just one last time.

We can understand the pain of that separation, it feels close to the heart of our own suffering, the mystery of what we’ve survived over the past year.  We’ve endured 14-day quarantines, suffered sickness alone. Everyone who has had to be in the hospital this year and had to do it alone, Cathy and Ann and Sandra and Andy and Doris and Mike and Maddy and whoever else – alone and apart from your people.  Everyone who got the virus or were exposed and forced to stay apart, alone, waiting to heal.  Going without hugs when you probably needed them most.

We understand why Mary, when she saw Jesus, the rabbi she loved, the man she’d left everything to follow, the friend she’d seen humiliated, his body broken and desecrated, and left for dead, when she saw through her tears that he was alive again she wanted to hug him, hold him, my God never let him go!

She hadn’t gone to the garden expecting that.  She’d gone early in the morning, while it was still dark.  Feeling her way along the road, stepping quietly and carefully through the grass wet with dew.  She’d gone expecting to find the tomb closed and cold, she’d gone wrapped in her grief, expecting death.

I can understand that, can’t you?  We know enough about the world to know not to expect anything different.  The dead stay dead.  The poor stay poor, the wheel keeps turning, the violence keeps churning, the power keeps pressing, the broken keeps breaking. And on and on.

In Myanmar, more than 550 people have been killed by the military since the coup two months ago, at least 40 of them children.[1]  One of them, a ten-year-old girl, with a slice of fresh coconut, ran down her front walk in the late afternoon sun and fell to the ground, dead, shot while her father stood by, helpless.[2]  The violence meant to intimidate.  To suppress.  To maintain power and control.

Over the past month, in Arizona and Texas, New Mexico and California, our government apprehended more than 18,000 children who crossed our southern border alone,[3] housing them in overcrowded shelters that look a lot like the ones the last administration used, with kids sleeping on cots under silver mylar blankets, separated into fenced cages.  In one facility, a nine-year-old boy helped care for his three-year-old sister, terrified and alone, while DHS and HHS try to figure out what to do with them.

If Easter is trumpets and triumph, joy and hope, it seems like the world hasn’t gotten the message.  Because near and far, no matter where we look, no matter who we ask, suffering sneaks in.  Violence and death are real and unavoidable.  Tragedy does not discriminate.  Especially after the year we’ve just had, we know to expect death!

We know what it is to walk while it is still dark.  To feel our way carefully, quietly, without making a sound.  We do that every day.

And yet, today we proclaim that there was a time when death did not win.  A heart still for 36 hours began to beat again; a body bruised and battered and seemingly defeated by Jerusalem’s finest breathed and rose up and went on with its work.  There was a time when the powers and principalities did not get what they wanted – because early in the morning, while it was still dark, Mary went to the tomb and saw that the stone had been rolled away.  She was met first by angels, and then by her risen Lord.

And though she sees him through the fog of her grief, her eyes clouded with tears, when he says her name, she recognizes him.

I imagine many of us have wondered –

is it true?  Could it possibly be true?

To be honest, I don’t know.  None of us can ever really know.  We can only hope.

In Myanmar, there is a new kind of protest happening.  Creative, nonviolent resistance springing up amongst young people who refuse to capitulate to military control, Gen Z, the “generation of pop-up and work-around is joined also by many others” a poet describes the resistance:

“Every night is the “metal bucket protest,”

Too short to pinpoint the homes,

after all, it is

the way to drive out evil spirits.

Ten cars stop in the road, open their hoods,

traffic grinds to a halt.

A bride in a wedding dress

she doesn’t want her babies

to grow up under martial law.

And students cross the streets

with bags of onions,

except [the bags have] holes in them.

while they pick up and bag again,

pick up and bag again –

onions, the same ones,

over and over again.”

The poet writes, “I am praying for Myanmar

in the midst of this terrible coup,

and my heart fills

with their tremendous courage –

today these onions do not make me cry.”

While it is still dark in that country, there is a powerful force at work in the hearts of ordinary people who are finding the courage to resist.  To stop traffic, and clog ports, and shut down commerce to say, “not again, not here, not on our watch.”

God was at work.

And while it was still dark,

God is at work,

And while it is still dark,

God calls us to get to work, too!

After Mary recognizes him, Jesus sends her to tell the others what she has seen. We’ve heard the story now, too.  So it’s our job to go, and tell the good news of Jesus Christ, the son of God.  To show up in new and creative ways for each other.  What would it look like for 18,000 churches to open our doors and our homes to those 18,000 children, to say to our government – here, let us help house and feed and clothe them as we look for their aunties and uncles and primos y primas and seek to reunite them with their family here in the states.  If while it is still dark, we joined together to creatively resist evil, to bring forth new life.  Because the good news of Easter is that God is taking on the powers of this world, defeating death, and calling us to build the kingdom here and now.  Though it is still dark, God is calling us to rise up, to practice resurrection with unmitigated joy and unrelenting hope- Because Christ is risen!  He is risen indeed.