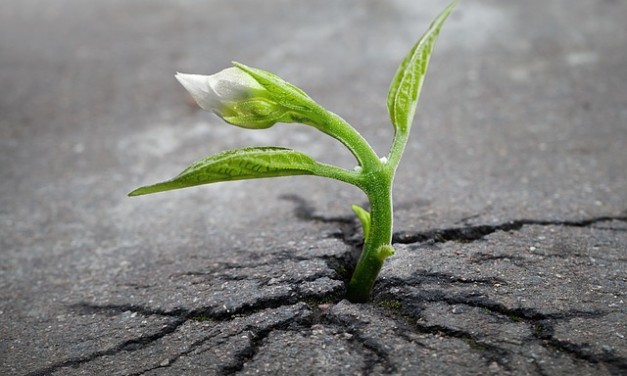 Baptized in a German Lutheran church – a church my mother found unfriendly – I’ve been a Presbyterian for most of my life – though I haven’t always completely understood what it means to be a Presbyterian! It took becoming an elder & serving on Session & becoming active in Presbytery – being a General Assembly Commissioner & later, an ordained minister – to fill in a lot of those gaps in understanding.

But long before my ordinations & Presbytery activities, I can remember the excitement & pride in being a Presbyterian I felt the year that the Stated Clerk of the PCUSA (Stated Clerk is the highest-ranking officer & the official parliamentarian of the denomination) Rev. Dr. Eugene Carson Blake walked with other clergy of many faith groups and many African Americans to integrate Gwynn Oak amusement park, which had banned people of color from attending. It was an important ‘quality of life’ issue – for all who marched that day! And those white clergymen would have been admitted to the park, but when they insisted their black fellow clergy & friends be admitted – they were arrested for trespassing! July 4, 1963!

It was another Stated Clerk of the PCUSA – in 2018 – Rev. Dr. J. Herbert Nelson – at the General Assembly meeting in St. Louis, MO – organized GA commissioners & other attenders – to march in the streets of St. Louis all the way to City Hall to protest the bail/bond policy of the city – a policy that kept people in jail til a court hearing – if they couldn’t pay bail money. Who did this affect? Anyone charged with a misdemeanor crime – people of any color – especially poor people of any color. Many lost jobs because of being in jail & were unable to pay bills or support their families. But these GA people didn’t just march or protest – they raised $47,200 to deliver to City Hall to cover the bail costs of people sitting in jail cells awaiting trial – because they couldn’t pay bail!

It was another moment for me to be proud to be a Presbyterian! You’ll find in your bulletin today information about some of the other actions taken by this GA – impressive & dramatic actions that we owe it to ourselves to learn about! This is who we are as Presbyterians! By the way, this is the denomination that has worked to bring about justice – for many people – especially LGBTQ people! All toward the goal of becoming a more inclusive church! All in the pursuit of justice!

Some of you know that I spent a number of years doing interim ministry in the church – six churches in three states over 14 years. One of those churches was in Bordentown, NJ – whose most recent pastor, William Stell, was & is a gifted preacher! Sometimes he posted his sermons on Facebook – always thoughtful, fine-tuned, scripturally based – SHORT!

A recent one told the story of how David came to be chosen by God to be Israel’s king. The sons of Jesse – apparently all tall & handsome – were presented & rejected. Why? SS gives us one answer. “God looks not on outward appearances, but what’s in the heart!” A good answer, according to William, but he has another answer – God looked at all of them and asked, “Who’s missing?” It was of course, David – the youngest – out tending sheep. That’s whom God chose – the one missing from the line-up that day – the same David to whom God would promise ‘steadfast love’ despite his short-comings!

Who’s missing? That question started me thinking about Faith church – and its early days here on Loch Raven Blvd. Ward & I arrived in Baltimore in 1958 – joined Faith in February of ’59. Membership was close to 2000 – with 2 services on Sunday morning – 2 complete Sunday schools with classes full to over-flowing – all white, of course!

And I believe God looked us over & said: “Who’s missing?” Well, people of color, of course! Remember, it was about this time that people of color were moving into the neighborhood & ‘white flight’ was occurring.

Sometime in the early ‘60’s, a man ‘of color’ asked to speak to the Session of Faith church. Could he & his wife be given permission to worship at Faith? They didn’t want to join – just wanted to be able to worship on Sunday mornings – they didn’t want Session members to think that their being here would be used as a wedge to bring in others like them!

Can you imagine someone – anyone – needing to ask that question or make that promise?

Lt. Col. Edward C Johnson, happened to be the ROTC commander at Morgan State in the early ‘60’s. He & his wife, Gladys, had been the couple chosen to integrate U.S. Army housing in Germany after WW-2.

You’ll be happy to know that Session said “Yes!” I’m convinced that God smiled! It was a very small beginning of racial change at Faith.

So for the period of time they were here this couple attended worship & in fact, did join church – she came to the Women’s Evening Circle meeting of which I was a member. What do I remember about her? Her warmth, her sense of humor, her giggle! She had the best giggle!

I was not on Session at the time – in fact there were no women on Session yet, but it was in the mid ‘60’s that the first women were ordained. Some names most of you won’t know – Helen Yates, Libby Heath – one you will know – Marge Wyser – who became Marge Turner! They were the pioneers!

I’d like to think God had a hand in this, too, asking again, “Who’s missing?” “You’re missing someone on Session!” Well, women, of course! And women were ordained! And, again, God smiled!

Nettie Harrell, African American, had joined in ’69. She & I were ordained in ’71. A year later, some Session members decided that it wasn’t enough to ordain women – we had to be given responsibilities. Nettie was a natural for the Education committee – I was to lead the Outreach committee – a job I held for years!

It was also in the late ‘60’s that neighborhood children began coming to Sunday School – and some came to Bible School. But we didn’t see much of their parents. Some would say it was because they had churches back in their old neighborhoods. Others would say that neighborhood people saw Faith as ‘that big WHITE church on the corner’ – meaning ‘white’ in more ways than one!!!

But some who started out in Sunday School stuck around for Youth Group & trips to Camp Puhtok! I’ll never forget when Karen Brown came to my Sunday School class – but it was the Sperlings, the Jim McGills, Nettie Harrell, JoAnn Robey, the Doug Lomans, who kept them here. And they even recruited Ward Cowan to go camping with them!

Faith continued to attract new members – some white, some African American. Interestingly there was one Chinese family who’d actually been members for many years – the Wu’s! Jimmy Wu was on Session at the same time Marge Wyser Turner was! And interestingly, there would be others with Morgan connections who would come – like Sandye McIntyre, Joseph Eubanks, Adelaide Cooke, Curtis Moore! Others?

In the early ‘70’s we gained a group of members – all at once – the folks from Montebello church. Montebello was being closed – they had wanted to merge with the Waverly church – Presbytery saw both of those churches in danger of closing – & said, ‘no.’ Some chose to go to the Perry Hall church – many came here! I can’t remember all the names, but you might remember the Leary’s, the Smith’s, the Wellers, the Ted Wallace’s – who may be the last Montebello folks still with us! I’m sure you can think of others!!!

The Day Care Faith had for many years was a factor for some neighborhood families. The Day Care was a place to welcome a variety of children – both black & white – even special needs children – so important to another family still here – the Slacums!

It was while Dick Wereley was here as Pastor that I think God looked around again and said, “Somebody’s Missing!” Who’s missing? And Joe Dungan came to be organist & choir director. There may have been other gays in Faith’s history, but we just didn’t know about them! And, of course, Robin White later came to be pastor.

While Robin was here, Christa came – her coming was the impetus for some to join her here from a previous church. Christa was the perfect welcoming presence – always welcoming to everyone regardless of color – gay or straight – young or no longer young!

In recent years Faith’s leadership hasn’t waited for God to ask, ‘Who’s missing?’ but has worked hard to reach out to the community – starting with a mailed invitation to every resident in 21239, 21212, & part of 21218! (Not as productive as hoped for!) then with outdoor movies – more recently with block parties – inviting families to have a bite to eat, to play games, to enjoy some time together & to learn about summer programs. And demonstrating that Faith church isn’t just that big white church on the corner, but a church that is very intentional about being a place for everyone! I’m convinced it was that mind-set that brought us Samuel Springer to be our Minster of Music! We owe a large debt of gratitude to Mike Billings & Bill Millen & all who worked with them!

Has everyone here always accepted & welcomed the new people that God was searching for – to join us – to become part of this church family?

I did not intend this to be a comprehensive history of Faith church! Remember that I was gone from here for a number of years – many of you found your way to Faith church while I wasn’t looking!

But I’m convinced that every time God asked, ‘Who’s Missing?’ and you came to be part of this church family – whatever your race, your skin color, your sexual orientation, your age – whether you entered on foot, or on a walker, or in a wheelchair & whether you were carried in as an infant 90+ years ago or arrived within the past year – God smiled! And the lives of all of us have been enriched by your presence!

This is who we are – who we have become! But former pastor, Cal Jackson, would remind us that we are still ‘becoming!’ Our friends in the United Church of Christ like to remind us that “God is still speaking!” If God is still speaking, I hope you will be here to hear what God has to say! (Christa wanted me to say that)! And she would also want me to remind you – you are loved! The psalmist reminds us, “How very good & pleasant it is when kindred (sisters & brothers) live together in unity!”

Thanks be to God! Amen!